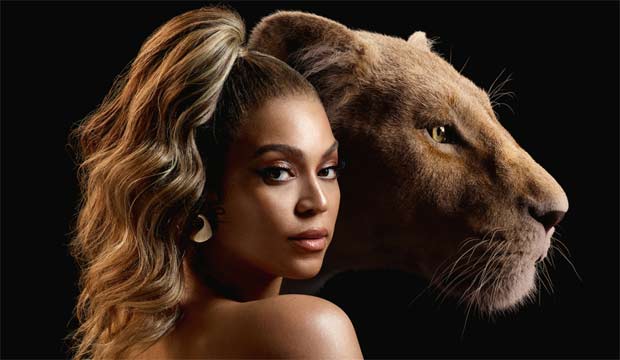 Beyonce has 23 Grammys (and four more nominations there this year), but she won’t be coming for Oscar next. She co-wrote the original song “Spirit” for the live-action version of “The Lion King.” It would’ve been a moment of redemption after she was disqualified for her songwriting contribution to “Dreamgirls” 13 years ago. But it wasn’t meant to be. She made the shortlist, but missed the cut when the motion picture academy announced its final nominees. Check out of this year’s contenders in all 24 categories here.

This wasn’t Beyonce’s first close call at the Oscars. She co-wrote the song “Listen” from 2006’s big-screen adaptation of “Dreamgirls,” which she also starred in. That film was nominated for eight Oscars overall, including Best Original Song for three new tunes that were added to the score including “Listen,” but her co-writers Henry Krieger, Anne Preven and Scott Cutler were the only ones the academy recognized for their songwriting contributions.

It’s not like the Oscars are shy about rewarding A-list music superstars, though. Just consider past winners Eminem (“Lose Yourself” from “8 Mile”), Annie Lennox (“Into the West” from “The Lord of the Rings: The Return of the King”), Melissa Etheridge (“I Need to Wake Up” from “An Inconvenient Truth”) Adele (the title song from “Skyfall”) and most recently Lady Gaga (“Shallow” from “A Star is Born”), to name a few.

The Oscars nominated a music superstar this year too: Elton John for “I’m Gonna Love Me Again” (co-written with his longtime collaborator Bernie Taupin) from the movie about his life and career, “Rocketman.” John actually won that Oscar 25 years ago for “Can You Feel the Love Tonight” from the original traditionally animated version of “The Lion King” (1994), but the Oscars decided to depose the new version of “King” this time around, only nominating it for its visual effects.

Also nominated for Best Song are “Into the Unknown” from “Frozen II” (Robert Lopez and Kristen Anderson-Lopez), “I Can’t Let You Throw Yourself Away” from “Toy Story 4” (Randy Newman), “Stand Up” from “Harriet” (Joshuah Brian Campbell and Cynthia Erivo) and “Standing with You” from “Breakthrough” (Diane Warren).