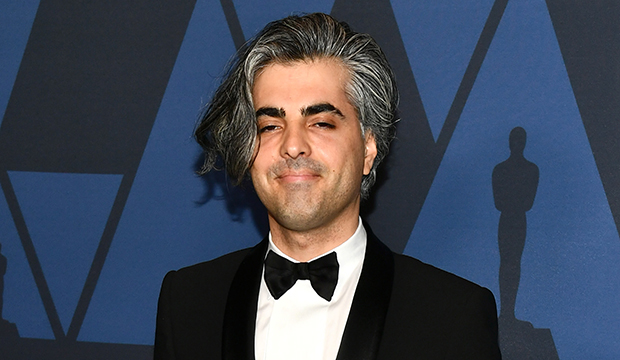 Feras Fayyad, the director of the Oscar-nominated documentary “The Cave,” has arrived in the United States, weeks after being denied entry.

“After weeks of turmoil and struggle and obstacles no one should have to endure, we can report that Feras arrived safely this evening in Los Angeles,” National Geographic said in a statement Sunday night.

Fayyad, who was the first Syrian director nominated for an Oscar with his 2017 doc “Last Man in Aleppo,” had encountered issues obtaining a new visa the past two months, forcing him to miss several stateside events in support of “The Cave,” including December’s International Documentary Association’s Documentary Awards, where he won the writing prize, and the film’s Television Critics Association panel on Jan. 17.

During the TCA panel, producer Sigrid Dyekjar revealed that Fayyad’s aunt’s house in Syria had been bombed, and that the director had been traveling between Turkey, to be close to his family, and Denmark, where he was detained by immigration. Fayyad, who was previously granted a three-month visa in September, was eventually released to Dyekjar.

“The Cave,” which won the People’s Choice Award at the Toronto International Film Festival, follows Dr. Amani Ballor, a pediatrician and the first female manager of an underground hospital in war-ravaged Syria. Fayyad started filming “The Cave” in 2013, before “Last Man Aleppo,” and later had to direct remotely, via three cinematographers, after fleeing for northern Syria following his release from jail for filming anti-government protests, he revealed during Gold Derby’s Meet the Experts: Documentary panel in November.

“Feras is a visionary filmmaker and activist who has dedicated his life to sharing Syrian stories, often at great risk to himself and the tireless and dedicated teams that work with him. His film, ‘The Cave,’ implores us to bear witness to the ongoing atrocities of the Syrian crisis and to stand with those, like Dr. Amani, who refuse to be silenced,” the statement continued. “Our hope and focus now is to try and arrange for Dr. Amani to also attend the Oscars and spend some time in the U.S. supporting her fund. We are grateful to the film community who feels as we do that now, more than ever, it’s crucial that we support and give a platform to storytellers and artists such as Feras who are attempting to enlighten, inform and inspire the world through their work.

This is not the first time Fayyad has had visa problems during Oscar season. In 2018, his “Last Man in Aleppo” producer Kareem Abeed was initially denied a visa because of President Trump‘s travel ban, but was granted one days before the ceremony.

“The Cave” is up against “American Factory,” “Honeyland,” “For Sama” and The Edge of Democracy.”