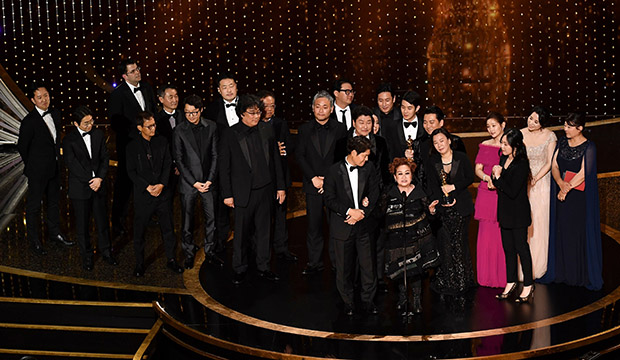 “Parasite” dominated the 2020 Oscars early this year, becoming the first foreign-language film to win Best Picture as well as victories for Best Director, Best Original Screenplay and Best International Feature Film. That fact that is was the first South Korean film ever to compete for an Academy Award opens the door to plenty of other firsts.

“Parasite’s” triumphs will likely lead to more global titles competing beyond the designated category for foreign productions. It was just the 12th non-English film to compete for Best Picture in 92 years and the third this decade, following  2012’s  French-language “Amour” and 2019’s “Roma” from Mexico.

Why did Bong Joon Ho’s “Parasite,” which pitted two contemporary families — one poor and barely scrapping by, the other filthy rich and spoiled — against one another as the well-to-do parents and their children are played by the other clan as one by one they pretend to be unrelated as they apply to be employees. The contemporary economic disparities onscreen are universal in scope in most parts of the world. But there is a rather gothic secret lurking underneath their posh house that eventually causes all the relationships in the fancy abode to be turned upside-down.

Now that the Oscar voters seem more responsive to movies that rely on subtitles and the current switch to reviving 10 Best Picture spots for the first time since 2011, there is likely to be more of a mix of genres including perhaps another foreign submission.

But what would that be? It’s difficult to say since now that coronavirus cases are surging again, annual fall film festivals such as Telluride, Venice, Toronto and New York will likelu limit the number of submissions that can be seen in an indoor theater. They might not welcome outsiders either, especially from hot spots in the United States. Movies in foreign languages that need subtitles could suffer somewhat if seen on TV as their exposure to audiences shrink.

Still, Cannes International Film Festival that is basically shut down is trying to get their list of 56 titles somehow seen in other ways at different festivals if those are held. There are several foreign releases in the line-up. They include “Summer of 85” (France), “True Mothers” (Japan), “Another Round” (Denmark), “DNA” (France), “Heaven: To the Land of Happiness” (South Korea), “Forgotten We’ll Be” (Colombia), “Peninsula,” (South Korea) and Home Front (France and Belgium”).

Our readers had some thoughts about what global titles might be able to sneak into Oscar’s top category. User FYC: J. Smith-Cameron mentioned “There Is No Evil,” an Iranian film in four parts that looks at the death penalty in the Middle-Eastern country. It won the Golden Bear at the Berlin Film Festival in February. As is noted in the post, “We already know how much the Academy loves Iranian films, having awarded the country Best Foreign Language film twice in one decade (namely, 2011’s “A Separation” and 2016’s “The Salesman”).

Gabriel P. had this to say, ” ‘Amour,’ ‘Roma’ and ‘Parasite’ all at the same decade. That’s a feat! I think we’ll have again another foreign film nominated for BP, but without Cannes to help is so hard to decide which one will be. I’ll just say to keep an eye on Poland.”

John Berchmans added: “I don’t expect any foreign films to break through this year, since the 93rd Oscars will be all about huge contenders that got lucky enough to get major studio backing. But there will of course be other foreign nominees and winners in the future, especially with the expanded Best Picture field starting in 2021.”

SEEWant more of Bong Joon Ho after ‘Parasite’ Oscars sweep? Here’s how you can binge his previous movies right now

JackO wrote: “I don’t think there is one. Parasite had momentum you could not miss. Did not have to guess anything about it. I have to see a movie come anywhere close to that so far.”

_m4gnu5_ suggested: If anything, maybe “Another Round” (a film by Danish director Thomas Vinterberg). But probably not. The most that will get is Original Screenplay and Actor.”

We will give the last word to Gold Derby Expert and Indiewire Editor-at-Large Anne Thompson, who declares “Parasite” to be “an incredible anomaly, incredibly crowd-pleasing and funny. It hit the Zeitgeist and launched at Cannes last year,” where it earned the festival’s top prize, the Palme d’Or. “It had distributor Neon behind it. It had publicist Mara Buxbaum on it. It’s impossible to imitate an auteur at that level and make a contemporary hit like that. It’s like what Harvey Weinstein used to do” with his awards season films.

Basically, with the shrinking exposure at film festivals as well as limitations of wide-release openings at movie theaters, it might take a while before another “Parasite” phenom latches onto our psyches.