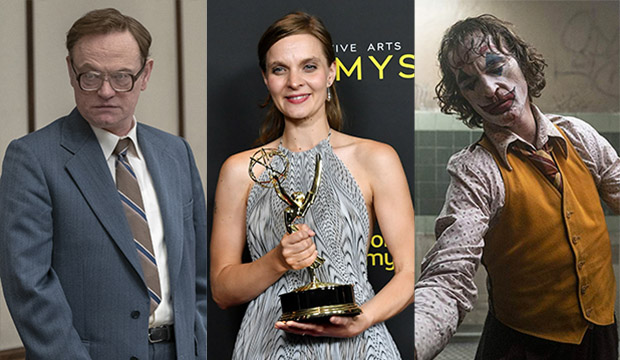 Seriously, someone get Hildur Guðnadóttir a Broadway musical ASAP. The “Joker” composer won the Best Original Score Oscar on Sunday, which means she’s checked off three-fourths of the EGOT in five months and is just missing that darn Tony.

Guðnadóttir, who already netted the Golden Globe, Critics’ Choice and BAFTA for “Joker,” took home an Emmy in September and a Grammy last month for her other haunting 2019 score — for HBO’s “Chernobyl.” She was the odds-on favorite to win the Oscar over 15-time nominee Thomas Newman (“1917”), who’s still has never won, two-time winners Alexandre Desplat (“Little Women”) and Randy Newman (“Marriage Story”), and five-time champ John Williams (“Star Wars: The Rise of Skywalker”).

With the Oscar in the bag, Guðnadóttir is set up to become the first person to complete the EGOT by winning the awards in the order of the acronym. And since she won the first three so quickly, she has ample time to get that T to beat Robert Lopez‘s record of being the fastest to EGOT; the songwriter took just 10 years to win his statuettes between 2004 and 2014 (he’s also the youngest to do so, at 39, and the first and thus far only double EGOTer). By comparison, Helen Hayes took the longest, with 45 years between her Oscar in 1932 and Grammy in 1977.

Guðnadóttir also made some Oscar history with her victory. The Icelandic composer is the first woman, solo or as part of a team, to win original score since the category was merged 20 years ago. It was previously split into dramatic score and comedy/musical score, the latter of which was won by Rachel Portman (1996’s “Emma”) and Anne Dudley (1997’s “The Full Monty”). The only other woman to win was Marilyn Bergman, for 1983’s “Yentl,” back when there was an Original Song Score or Adaptation Score category, which she shared with her husband Alan Bergman and Michel Legrand.

Since the category merger, the only other female nominees besides Guðnadóttir were Rachel Portman twice (1999’s “The Cider House Rules” and 2000’s “Chocolat”) and Mica Levi (2016’s “Jackie”).