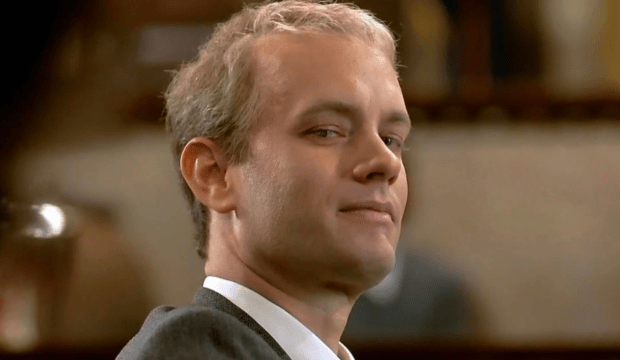 You want to have awards’ success? Get your legal briefs in order. A slew of movies with trials at their center have been Oscar contenders, racking up multiple wins and nominations. And for good reason. The genre is rich with emotions, betrayals, manipulations, love, hate, violence and redemption. This season, there is a lot of Oscar buzz for Aaron Sorkin’s well-received legal drama “The Trial of the Chicago 7.”

Let’s take a look back at 10 other films that were able to turn Oscar buzz into Academy Award nominations and wins:

“The Verdict” (1982)
Twenty-five years after he made his feature directorial debut with the Oscar-nominated 1957 legal drama “12 Angry Men,” filmmaker director Sidney Lumet returned to the courtroom with this acclaimed drama from playwright David Mamet.  An alcoholic attorney (Paul Newman) looks for personal and professional redemption with a medical malpractice case. “The Verdict” earned five Oscar nominations including film, actor, supporting actor for James Mason as Newman’s opponent, director and screenplay.

“A Cry in the Dark” (1988)
Meryl Streep earned a Best Actress bid for her riveting turn as an Australia woman, Lindy Chamberlain, who was sentenced to life in prison for the death of her baby. She insists that a dingo ran off with her infant. Chamberlain served 3 ½ years until an appeal’s court judge threw out her sentence just two months before the film opened in the U.S. Fred Schepisi directed.

“A Few Good Men” (1992) and “Ghosts of Mississippi” (1996)
Rob Reiner directed the legal thriller “A Few Good Men” based on Sorkin’s hit 1989 hit play. The film starred Tom Cruise, Demi Moore and an Oscar-nominated “you can’t handle the truth” Jack Nicholson. Not only was it a box office smash, the film earned a total of four Academy Award nominations including Best Picture.

Reiner was back in court four years later for “Ghosts of Mississippi.” This docudrama chronicles the difficulties a Mississippi attorney (Alec Baldwin) and Myrlie Evers (Whoopi Goldberg), the widow of slain civil rights activists Medgar Evers, to bring his white racist murderer (James Woods) to justice. Woods earned an Oscar nomination for his terrifying turn; the film also was nominated for make-up.

“Philadelphia” (1993)
Jonathan Demme directed this legal drama, one of the first mainstream Hollywood films to deal with HIV/AIDS and homophobia. Tom Hanks won his first Best Actor Oscar for his turn as a successful attorney who hides the fact that he is gay from his co-workers. After he contracts AIDS, he is soon fired from his job. He decides to sue his law firm for AIDS discrimination. Though most attorneys turn him down, an initially homophobic attorney (Denzel Washington) takes on his case. I saw this movie at a press screening at the Writers Guild of American theater sitting next to some gay friends from the L.A. Times. I remember them weeping at the film’s conclusion. One friend was dead of the disease within two years. Bruce Springsteen also won an Oscar for his song “The Streets of Philadelphia.”

“The Client” (1994) and “Dead Man Walking” (1995)
Susan Sarandon won a BAFTA Award and her four Oscar nomination for this legal thriller based on the John Grisham best-seller as a recovering alcoholic attorney who takes on the case of an 11-year-old boy (Brad Renfro) who is being threatened by the mob regarding the murder of a senator. The following year, she won the Academy Award for her poignant performance as Sister Helen Prejean who befriends a Death Row prisoner (Sean Penn) slated for execution and tries to get his sentenced to life imprisonment in “Dead Man Walking,” which was adapted and directed by Sarandon’s then-companion Tim Robbins. Besides Sarandon’s win, the film earned Oscar nomination for actor, director and for Springsteen’s song “Dead Man Walkin’.”

“Amistad” (1997)
Steven Spielberg directed this historical legal drama about Africans who had been abducted for the slave trade attempt a coup of the Spanish slave ship. When they are captured, the men involved in the endeavor to take over the ship became an international legal incident. Their case was solved by U.S. Supreme Court. The film was nominated for four Oscars including for John William’s score and Anthony Hopkins as former president John Quincy Adams, who’s appeal to the Supreme Court lead to the release of the men.

“Erin Brockovich” (2000)
Julia Roberts became the first actress to win an Oscar, BAFTA, Critics’ Choice Movie Award, Golden Globe, National Board of Review and Screen Actors Guild Award for her memorable performance in Steven Soderbergh’s box office hit. She plays Brockovich, a divorced wife and mother who was pivotal in getting a settlement $333 settlement from PG & E for the residents have Hinkley, California for the company’s groundwater contamination in the small desert town. The film also earned nomination for film, director, supporting actor for Albert Finney (he played Brockovich’s boss attorney Ed Masry), and for Susannah Grant’s script.

“The Judge” (2014)
Though this Robert Downey Jr. legal drama received middling reviews, the legendary Academy Award-winner Robert Duvall earned nominations for the Oscar, Golden Globe and Screen Actors Guild Award as a veteran hard-nosed judged-and Downey’s estranged father-who is suffering from terminal cancer. The chemo has caused the judge to forget and get confused. When he is arrested for causing a fatal hit and run accident, he insists on taking the stand in his own defense despite the fact he can’t remember the incident.