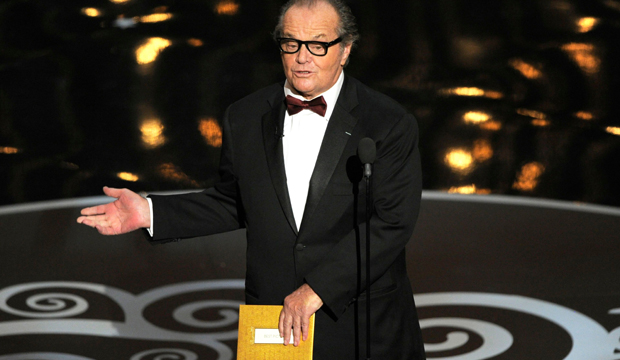 The academy should tap Jack Nicholson for double duty at the Oscars on February 9. This long-time LA Lakers fan should lead the scheduled tribute to the late Kobe Bryant, who took home an Oscar in 2018 for the animated short “Dear Basketball.” Then Nicholson should present the Best Picture prize.

It is not surprising that Nicholson has been the academy’s go-to guy to announce the Best Picture winner at the Oscars a record eight times. After all, he is the all-time leader among male actors with 12 nominations. And he is one of just three men (along with Walter Brennan and Daniel Day-Lewis) to have won three Oscars for acting.

On five of those eight occasions Nicholson handled this gig solo while on the other three he was part of a double act. In 1990 he and his buddy Warren Beatty presented Best Picture to “Driving Miss Daisy.” In 2007 he took to the stage with his co-star from “Something’s Gotta Give” Diane Keaton and revealed that “The Departed,” in which he starred, had won. And in 2013 he introduced first lady Michelle Obama who named the winner (“Argo”) via satellite from the White House.

While we expect the biggest stars to present the Best Picture Oscar, that wasn’t always the case. The swashbuckling Douglas Fairbanks did at the first Oscars but then studio executives did so for the next 19 years. To celebrate the 20th anniversary of the Oscars, the academy tapped two-time Best Actor winner Fredric March for this honor. Since then, the overwhelming majority of Best Picture presenters have had at least one Oscar of their own.

PREDICT the Oscar winners now; change them until February 9

Among the most notable names to reveal the big winner of the night were: Audrey Hepburn (4 times), Elizabeth Taylor (3), James Cagney (2), Gary Cooper (2) and Sidney Poitier (2). More recently, Steven Spielberg has been  part of this proceeding three times while his pals Tom Hanks and Harrison Ford have done so twice each.

Dustin Hoffman and Barbra Streisand have presented Best Picture twice, the latter time together to celebrate the success of their first film together, “Meet the Fockers.” Likewise for “Bonnie and Clyde” co-stars Warren Beatty and Faye Dunaway who got a do-over in 2018 to make up for the 2017 envelope mix-up fiasco. Last year, it was Julia Roberts who handled both the presentation of this prize and the closing of the hostless show.

Be sure to check out how our experts rank this year’s Oscar contenders. Then take a look at the most up-to-date combined odds before you make your own 2020 Oscar predictions. Don’t be afraid to jump in now since you can keep changing your predictions until just before winners are announced on February 9.