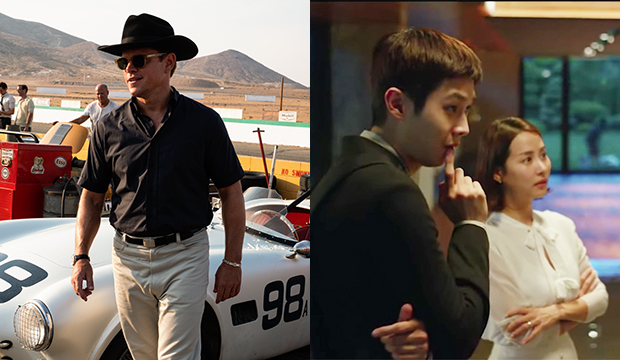 The BAFTAs’ Best Film Editing award has clued us in on some close Oscar races before, like with “Whiplash” (2014) and “Hacksaw Ridge” (2016), both of which went on to win the editing Oscar. They’ve mismatched four times in the 2010s, most recently last year when BAFTA went for “Vice” and Oscar crowned “Bohemian Rhapsody” and that meet-cute of a thousand cuts. The other three times? They all involved car racing movies, just like this year.

Like everyone in Europe, BAFTA adores car films (there’s a reason “Ford v Ferrari” is known as “Le Mans ’66” across the pond) and their exciting, fast, well-edited racing scenes. BAFTA gave its editing prize to “Senna” (2011) and “Rush” (2013), two films that combined for a total of zero Oscar nominations. The academy anointed “The Girl with the Dragon Tattoo” (2011) and “Gravity” (2013) instead. “Baby Driver” (2017) zoomed past the competition to claim BAFTA and was nominated for the editing Oscar, but it lost to “Dunkirk,” which led our odds at the time, but there were some calling a “Baby Driver” upset.

“Ford v Ferrari” snagged the editing BAFTA as expected last Sunday. It’s led our Oscar odds the entire season — and with good reason, since the entire third act of the film is dedicated to the 24 Hours of Le Mans race in 1966 — but “Parasite,” with its sublime peach montage, has closed the gap in the last few weeks, especially after the South Korean hit won the ACE Eddie for drama over “Ford v Ferrari.” “Parasite,” which hadn’t opened in the U.K. yet at the time of the BAFTA nominations, was not nominated for the editing BAFTA, so “Ford v Ferrari” didn’t beat it head to head. “The Girl with the Dragon Tattoo” is the last film to win the editing Oscar without a BAFTA nomination.

That could be the key difference here because “Ford v Ferrari” is a Best Picture nominee, albeit with just three tech bids as its other nominations and in last place in our predictions. Still, that’s more support than “Baby Driver” had. But “Parasite” is a top two contender that could actually win Best Picture, and if voters are as passionate about the film as they appear to be, they could check it down the ballot. Of note: Best Picture hasn’t aligned with editing since “Argo” (2012).

“The Irishman” is in third in our odds, followed by “Joker” and “Jojo Rabbit,” which took home the ACE Eddie for comedy.