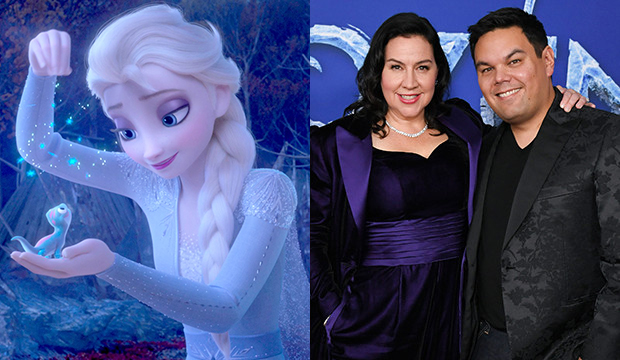 Robert Lopez and Kristen Anderson-Lopez are in the hunt for their third Best Original Song Oscar, for “Into the Unknown” from “Frozen II,” but there would be another noteworthy achievement on top of that potential victory. This marks the husband-and-wife songwriting duo’s third nomination, which means they could have a perfect 3-for-3 record in the category at the end of the season.

No one has been able to remain undefeated at three nominations or more. Should they walk away with the gold again, the Lopezes would join Tim Rice, Jay Livingston, Ray Evans, Harry Warren and Paul Francis Webster as three-time champs in the category — all of whom had at least five nominations. The category record is four wins, shared by 26-time nominee Sammy Cahn, 18-time nominee Johnny Mercer, 14-time nominee Alan Menken and 14-time nominee Jimmy Van Heusen.

Currently, the Lopezes are in third place in our odds, trailing Golden Globe champ “(I’m Gonna) Love Me Again” from “Rocketman,” written by Elton John and Bernie Taupin, and “Stand Up” from “Harriet,” written by Cynthia Erivo and Joshuah Brian Campbell. Randy Newman‘s “I Can’t Let You Throw Yourself Away” from “Toy Story 4” is in fourth and Diane Warren‘s “I’m Standing with You” from “Breakthrough” is in fifth.