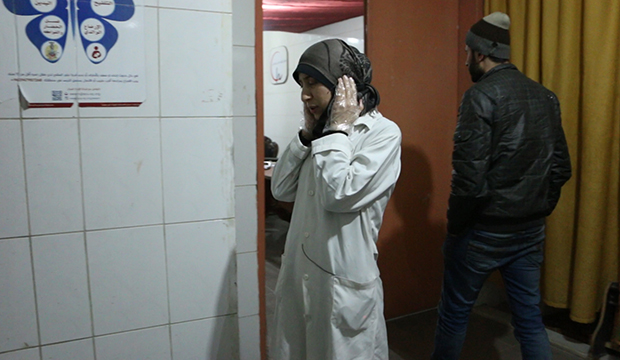 Nat Geo, which produces documentaries under its National Geographic Documentary Films banner, has snagged a second straight nomination in the category with “The Cave.” From former Oscar nominee Feras Fayyad (“Last Man in Aleppo”), “The Cave” is pretty much the opposite of the daredevil adventures of Alex Honnold in “Free Solo,” but no less intense. It focuses on Dr. Amani Ballor, the first female hospital manager in war-torn Syria, except her hospital — the titular cave — is underground to hide from the unspeakable horrors going on above that floods the hospital with new patients by the hour.

Like “Free Solo,” “The Cave” won the People’s Choice Award at the Toronto Film Festival. Both also received nominations at the Producers Guild of America Awards, which awarded a frontrunner that was ultimately snubbed by the Oscars (“Won’t You Be My Neighbor?,” “Apollo 11”). Déjà vu?

Well, “Free Solo” was stronger at this point in the race last year than “The Cave” is now, winning other prizes, including BAFTA, where “The Cave” is not nominated. But “The Cave” has generated its own buzz outside of the film as the documentary community rallied around Fayyad after his visa difficulties the past month, a result of President Trump‘s travel ban (Fayyad finally arrived in Los Angeles on Sunday). “Last Man in Aleppo” producer Kareem Abeed ran into the same trouble in 2018 before being granted a visa days before the Oscars. The film also premiered on Nat Geo on Saturday, perfectly timed for voting that starts on Thursday.

“The Cave” is currently in fourth place in our odds, behind “American Factory,” “Honeyland,” “For Sama” and “The Edge of Democracy.”