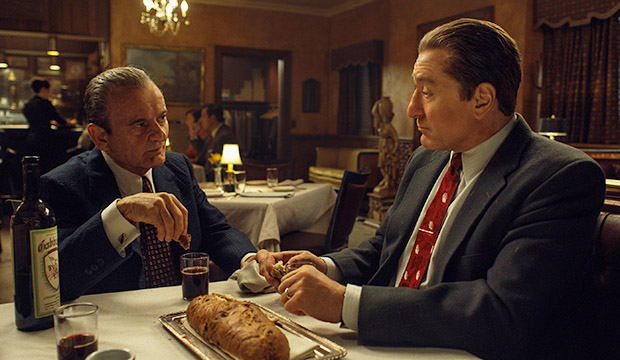 Will everyone be a winner on Oscar night except one man? As in “The Irishman”? Our odds forecast a golden night for eight of the nine Best Picture nominees to score at least one award, with just “The Irishman” left out in the cold.

Here’s how it looks like it’s going to shake out:

“Once Upon a Time in Hollywood” (10): supporting actor, production design

SEE Jack Mathews: How ‘The Irishman’ went from Oscars frontrunner to a possible shutout

If “The Irishman” indeed leaves the Dolby Theatre empty-handed, it’ll join “Beasts of the Southern Wild” (2012) as the only Best Picture nominees of their respective years to not win at least one award in the preferential era. “Beasts” was also in a field of nine, but unlike “The Irishman,” it “only” had four nominations. This would, of course, also be the second time a Martin Scorsese epic goes 0-10, following “Gangs of New York” (2002).

Despite its bona fides and lofty expectations, Scorsese’s gangster coda has underwhelmed this season. It’s gotten in everywhere it needs to — well, except for Robert De Niro — but it hasn’t been able to win anything of note. Its last big triumph was its Best Picture victory at the New York Film Critics Circle in early December. And unlike “Once Upon a Time in Hollywood,” which also hasn’t done as well as expected over the guilds run (but at least won three Golden Globes), “The Irishman” doesn’t have a “locked” category, like supporting actor for Brad Pitt, to depend on. Ironically, supporting actor is the only category in which “The Irishman” is even in second place in our odds, with Joe Pesci.

Still, there are some tight races that could possibly fall “The Irishman’s” way, like visual effects. Even if they don’t, if the frontrunners don’t prevail, maybe “The Irishman” won’t be the only skunked one on the sidelines.