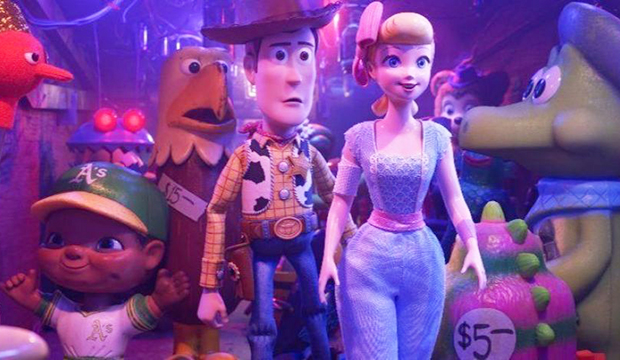 The Golden Globes produced one of this seasons few surprises when the Hollywood Foreign Press Association awarded Best Animated Feature to “Missing Link” instead of ostensible favorite “Toy Story 4.” That upset prevented the Pixar film and fellow nominees “Frozen II” and “How to Train Your Dragon: The Hidden World” from making history as the first franchise to win multiple animated feature Globes. But that fate won’t befall “Toy Story” at the Oscars, according to our odds.

With 82/25 odds, “Toy Story 4” is expected to take home the corresponding Oscar next month; however, this may be one of the closer animated races in recent history. All five nominees have at least one Expert predicting it to win: “Toy Story 4” with 18; “Missing Link,” three; “I Lost My Body,” two; and “How to Train Your Dragon” and “Klaus” with one each. What’s more, “Toy Story 4” was blanked at Saturday’s Annie Awards, while “Klaus” went 7 for 7 — just like “Spider-Man: Into the Spider-Verse” did last year.

While numerous sequels have been nominated for Best Animated Feature, the category, which was created 18 years ago, hasn’t been very kind to them. Only one sequel has ever won, “Toy Story 3” (2010), but since the first two films, released in 1995 and 1999, predated the category, “Toy Story” just has one animated feature Oscar to its name at the moment. On the other hand, the entire “How to Train Your Dragon” trilogy has been nominated, but none have won.

The sequel curse has already taken down Elsa and Anna this season. “Frozen” (2013) won the Oscar,  but “Frozen II” was one of the big snubs on nomination morning. It ended up with only a nomination in Best Original Song for “Into the Unknown,” which is no “Let It Go” redux.

But maybe “Frozen II’s” snub was exactly what “Toy Story 4” needs in a divided, soft year like this. All the Disney fans could funnel their support to a Pixar film instead. Plus, “Toy Story 4” is still the most well-known of the bunch with a $1 billion global box-office haul. And while we’re discussing the song contenders, “Toy Story 4” also scored a surprise bid in that category for Randy Newman‘s “I Can’t Let You Throw Yourself Away.” He’s never missed the category for “Toy Story” and won it for “We Belong Together” from “Toy Story 3.”

“Missing Link” is in second place in our odds, followed by “I Lost My Body,” “How to Train Your Dragon” and “Klaus.”