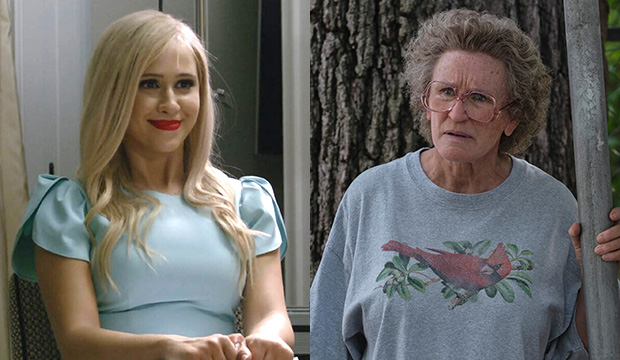 Eight may have to wait for Glenn Close. The “Hillbilly Elegy” star fell out of our Experts‘ predicted Best Supporting Actress Oscar top five on Dec. 22. She was bumped out by “Borat Subsequent Moviefilm” breakout Maria Bakalova, who had been lurking in sixth place for more than a month.

The seven-time nominee is still in the top five in our combined odds, hanging on in the final slot, but don’t be surprised if she drops out of that soon as well. It’s been a gradual fall for Close, who started the season in first place on both lists in September, but has lost steam as “Hillbilly” received pan after pan from critics.

Close is not out of it, as no one knows how Oscar voters will react to “Hillbilly” — it certainly wouldn’t be the first time there’s a disconnect between the industry and critics and/or the public — and she received solid notices for her bait-y transformation into the “Terminator”-quoting Mamaw. Plus, it’s a fairly open field at the moment, and, you know, she’s never won.

Meanwhile, Bakalova’s had a pretty great week as critics awards have kicked off. She’s snagged five Best Supporting Actress wins so far, including a big one from the New York Film Critics Circle. The only other person who’s won anything is Youn Yuh-jung (“Minari”), who’s bagged two, including from the Los Angeles Film Critics Association. Close was, obviously, never going to be a critics’ favorite with “Hillbilly,” so her downslide and Bakalova’s surge at the moment make sense.

Regardless of what happens with the Oscars, there is one place where Close and Bakalova won’t face off: the Golden Globes. Bakalova is competing in the lead comedy/musical actress category there but will go supporting for all other awards groups — a potentially risky move for a newcomer. But she got a windfall after the Globes moved “Promising Young Woman” — and thus star and heretofore comedy/musical actress front-runner Carey Mulligan — to drama.