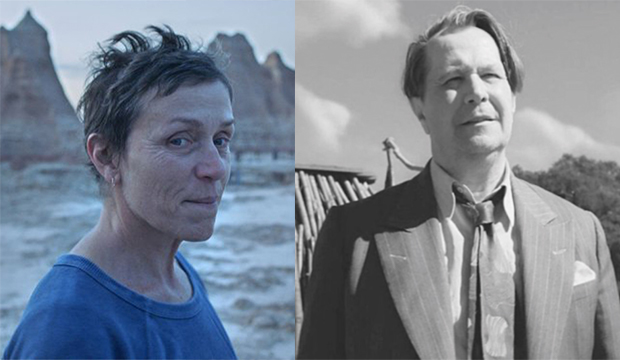 It’s December, but not in this, the weirdest and longest of Oscar seasons. Since the academy extended the eligibility deadline through Feb. 28 — aka the original date the 93rd Academy Awards was supposed to be held — and bumped the ceremony to April 25 due COVID-19, December is really October, so it’s not as “late” in the season as it seems right now. Or is it? Let’s look at the state of the race among our Experts in the major categories as of the week of Dec. 21.

BEST PICTURE
Not much has changed here, in the top spot in our overall odds at least. “Nomadland” has been sitting pretty there since it picked up the Golden Lion at the Venice Film Festival and the People’s Choice Award at the Toronto Film Festival in September. It’s the top choice among our Experts as well as it holds 7/1 odds, with 14 of the 24 slotting it in first. “Mank” is still in second, at 8/1, but its odds are on a downward trajectory and just expert has it taking home the prize. In the combined odds, where the David Fincher film is also still in second, it saw 21 overall users abandon it as their winner pick from Monday to Tuesday alone. That’s likely due to so-so general audience reaction to the film since it dropped on Netflix on Dec. 4.

In third among our Experts and overall is Aaron Sorkin‘s “The Trial of the Chicago 7,” one of the films that has been out the longest. Regina King‘s “One Night in Miami,” which opens in limited release on Christmas Day and will stream on Amazon on Jan. 15, is in fourth, and “Ma Rainey’s Black Bottom,” which has enjoyed the best reviews of Netflix’s fall output and drops Friday, is in fifth.

BEST DIRECTOR
Fincher was the super-duper early pick here, but Chloe Zhao has had a stranglehold on the top spot among our Experts and in the combined odds since “Nomadland’s” 1-2 festival punch in September. She would, of course, be just the second woman to win Best Director after Kathryn Bigelow (2009’s “The Hurt Locker”) and the third Asian director after Ang Lee (2005’s “Brokeback Mountain,” 2012’s “Life of Pi”) and reigning champ Bong Joon Ho (“Parasite”).

Following No. 2 Fincher in our odds is King in third. If both Zhao and King make it, it’d be the first time multiple women have been for directing in the same year, and you’d finally need a second hand to count female nominees as they would be the sixth and seventh contenders. A win would make King the first Black director to triumph, something Spike Lee (“Da 5 Bloods”) is also trying to pull off, but he’s in seventh with our Experts, behind Sorkin and Paul Greengrass, whose “News of the World” opens Christmas Day in theaters and is not the usual Greengrass shaky-cam type of film.

BEST ACTRESS
This is ostensibly the closest race among the top categories. Frances McDormand was out front most of the way in the “Nomadland” afterglow, but Viola Davis has surged in the past month since “Ma Rainey’s Black Bottom” started screening. Davis has taken the lead in our overall odds, and she’s even recenty bumped out McDormand for the lead among the Experts. McDormand is probably the safest for a nomination, but a win is a different story as she’s gunning for a rare third Oscar. Davis, who has a supporting statuette for “Fences” (2016), would be just the second Black Best Actress winner after Halle Berry (2001’s “Monster’s Ball”) and the first Black actress with multiple Oscars.

After Vanessa Kirby (“Pieces of a Woman”), who’s in third place, the last two spots are seemingly up for grabs. Our Experts have Sophia Loren (“The Life Ahead”) and Carey Mulligan (“Promising Young Woman”) making it, while our combined odds also have Mulligan in fourth, but the unseen Andra Day (“The United States vs. Billie Holiday”) in seventh. Day is seventh with the Experts, behind Kate Winslet (“Ammonite”).

BEST ACTOR
Best Actor felt like it was Anthony Hopkins‘ to lose for his heartbreaking turn as a dementia-stricken man ever since “The Father” debuted at Sundance way back in January. But he was usurped in the odds last month by Chadwick Boseman, who steals the show with his final screen performance in “Ma Rainey’s Black Bottom.” He has been steadily growing his lead since among the Experts and the combined odds, and would be the third late performer to win an Oscar.

The Experts’ and overall picks match exactly in this category in the top three posts: Delroy Lindo (“Da 5 Bloods”) is in third. One week ago Gary Oldman (“Mank”) led both lists in the fourth position, but Riz Ahmed (“Sound of Metal”) just leapt over him, knocking Oldman down to fifth in Gold Derby’s combined odds. Keep an eye on Ahmed as the Amazon film is enjoying some nice word-of-mouth since it started streaming on Dec. 4. Also in the top 10 are Steven Yeun (“Minari”), Kingsley Ben-Adir (“One Night in Miami”) and Tom Hanks (“News of the World”), who’s looking for back-to-back bids after finally breaking his 19-year nomination drought with “A Beautiful Day in the Neighborhood.”

BEST SUPPORTING ACTRESS
Film Twitter’s dream of Glenn Close finally winning an Oscar, on an eighth nomination, hit a snag after those absolutely savage “Hillbilly Elegy” reviews came out. That doesn’t mean she can’t be nominated or win, but it doesn’t exactly help. She’s dropped from first to fifth among our Experts’ and combined odds. She could have a rematch with Olivia Colman (“The Father”), who’s second in both measures.

Amanda Seyfried (“Mank”) rose from third to first last month for her career-high performance as Marion Davies and has been there since. Seeking her first bid in 20 years, Ellen Burstyn (“Pieces of a Woman”) is in fourth, while “Minari’s” scene-stealing grandma Youn Yuh-jung is in third with the Experts and fourth overall. In sixth with the Experts is “Borat Subsequent Moviefilm” breakout Maria Bakalova, who would honestly be an inspired nominee.

BEST SUPPORTING ACTOR
The most open acting category, Best Supporting Actor could be filled out with a bunch of people or a bunch of guys from one movie, which is what we’re currently forecasting. “The Trial of the Chicago 7’s” Sacha Baron Cohen, Mark Rylance and Yahya Abdul-Mateen II are in the top 5 in the Experts odds. The last time one film produced three supporting actor nominees was “The Godfather Part II” (1974).

In first place with both is Leslie Odom Jr. (“One Night in Miami”), who would just need the E to EGOT if he wins. The Experts expect an Oscar comeback for Bill Murray (“On the Rocks”), but the overall picks have Stanley Tucci, whose “Supernova” opens in January, making it. Also in the mix are Boseman for “Da 5 Bloods,” Daniel Kaluuya (“Judas and the Black Messiah”), David Strathairn (“Nomadland”) and Paul Raci, who’s been rapidly rising since “Sound of Metal” dropped.

Oscar predictions for Best Picture
'Nomadland' is out front