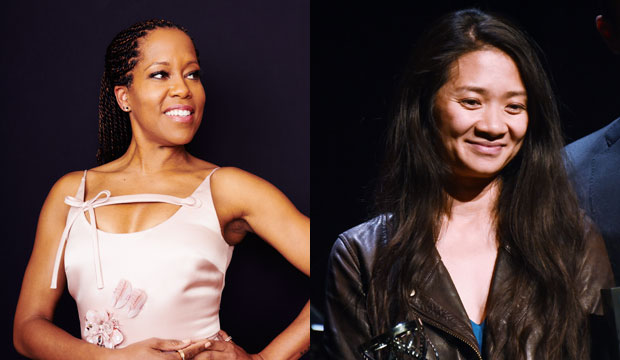 Let me preface this by saying that it’s only September and we’ve got a long, long, long way to go before the COVID-19 delayed Oscars next April. But even at this early, speculative stage of the awards conversation, this is pretty remarkable: there could be two or more women nominated for Best Director for the first time in history. What’s more jaw-dropping is that we could also see the first two women of color ever nominated for directing.

We recently opened Oscar predictions, and as of this writing about 1,000 users have already made their initial picks, and two women number among our top five. Chloe Zhao ranks second with 5/1 odds for “Nomadland,” and Regina King is right behind her in third place with 10/1 odds for “One Night in Miami,” which recently premiered at the Venice Film Festival to strong reviews.

Zhao previously earned awards buzz for her critically hailed 2018 film “The Rider,” for which she won a Los Angeles Film Critics Association Award and a Gotham Award in addition to a nomination for Best Director at the Independent Spirit Awards, and she came close to winning Best Director from the National Society of Film Critics.

King won an Oscar for Best Supporting Actress for 2018’s “If Beale Street Could Talk,” and while “Miami” is her feature directing debut, it’s not her first time behind the camera. She helmed episodes of “Southland,” “Scandal,” “This is Us,” “Insecure” and more TV, for which she has been nominated by the Black Reel Awards and won an NAACP Image Award.

Only five women have ever been nominated for Best Director before: Lina Wertmuller (1976’s “Seven Beauties”), Jane Campion (1993’s “The Piano”), Sofia Coppola (2003’s “Lost in Translation”), Kathryn Bigelow (2009’s “The Hurt Locker”) and Greta Gerwig (2017’s “Lady Bird”). None of those were women of color, and Bigelow remains the only woman who has ever won.

Female filmmakers don’t get enough opportunities to make high-profile prestige movies, especially ones that get a big studio push, and even when their films do get nominations, they have usually been overlooked for their direction: consider Debra Granik (2010’s “Winter’s Bone”), Ava DuVernay (2014’s “Selma”), Marielle Heller (2018’s “Can You Ever Forgive Me?” and 2019’s “A Beautiful Day in the Neighborhood”) and Gerwig (2019’s “Little Women”) in recent years.

But the Best Director boys’ club has gotten more and more conspicuous as the academy has been criticized for its lack of gender and ethnic diversity. The Oscars even instituted new inclusion requirements that will go into effect in 2024. So it might prompt another backlash if the directors branch once again fails to nominate any women, especially with so many possible contenders this year.

In addition to Zhao and King, there’s past nominee Coppola (“On the Rocks”), indie darling Kelly Reichardt (“First Cow“), Eliza Hittman for one of the year’s most acclaimed movies thus far (“Never Rarely Sometimes Always”), Niki Caro (“Mulan”) who has directed previous Oscar-nominated films, and Tony winner Julie Taymor (“The Glorias”), to name a few.

It’s meaningful in and of itself that two women are considered such strong contenders for Oscars this early in the game. Though of course it would be more meaningful if women actually make it onto the final list of nominees in 2021. It’s even harder than usual to see that far ahead given the industry shocks caused by the pandemic, but we’re off to an interesting start.