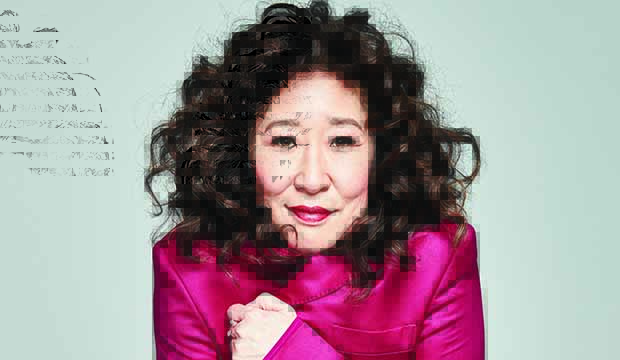 Emmy voters continue to prove that overdue narratives don’t factor into their decisions when picking winners. Just ask actors like Martin Sheen (“The West Wing”), Amy Poehler (“Parks and Recreation”) and last year’s Lena Headey (“Game of Thrones”), who were never able to win Emmys for their respective iconic performances. Not everyone can be as lucky as Jon Hamm (“Mad Men”), one of the rare cases of an overdue actor actually being given the Emmy for the final season of their show.

This year, while voters did finally reward overdue favorites like Maya Rudolph and Kerry Washington for the first time, there were numerous actors at the 2020 Emmys who weren’t quite as lucky. Below is a list of the nine Emmy nominees who have now racked up at least five losses from the TV academy.

Sandra Oh — 12 losses
Oh added two more Emmy losses to her tally this year for “Killing Eve,” having been nominated again in Best Drama Actress and as a producer in Best Drama Series. Last year she was expected to win Drama Actress only for her costar, Jodie Comer, to take home the award on her first nomination. Some had thought Oh might have enough of an overdue narrative at this point to potentially win this year’s actress prize but it was not to be. Between producing and acting she now has five losses for “Killing Eve.” Previously she lost five times for “Grey’s Anatomy,” once for guest hosting “SNL” and another time for hosting the Golden Globes.

Steve Carell — 11 losses
Carell racked up an astonishing 10 Emmy nominations for “The Office,” with six for acting and four for producing. He went into this year’s Emmys with a bid in Best Drama Actor for “The Morning Show.” Some believed he had a chance to win the award due to him being the only one to hypothetically fulfill the pattern that has emerged in this category over the past decade, with actors in the first or last season of their show winning the Emmy. Alas, Carell now extends his record to 11 losses.

Don Cheadle — 10 losses
Cheadle is now up to double digits in Emmy losses. This was his second consecutive bid in Best Comedy Actor for “Black Monday,” previously earning four in a row for “House of Lies.” Before the 2010s, Cheadle earned three nominations in the limited series/movie categories for his performances in “Things Behind the Sun,” “A Lesson Before Dying” and “The Rat Pack” on top of a guest bid for “ER.”

Padma Lakshmi — 10 losses
Lakshmi earned yet another Emmy nomination for producing Best Competition Series nominee “Top Chef,” in addition to finally returning to the Best Reality Host category after 11 years. Despite having two opportunities to finally get her the award, “Top Chef” continued its 10-year losing streak. Lakshmi was nominated in the hosting category alongside her “Top Chef” cohost, Tom Colicchio.

Anthony Anderson — 9 losses
Despite now earning six Emmy nominations in a row in Best Comedy Actor, Anderson continues to lose for his performance in “Black-ish.” The actor also nabbed three bids in Best Comedy Series when “Black-ish” was nominated from 2016-18, bringing his loss total up to nine. One has to wonder if voters may finally get him the award when the ABC sitcom reaches its conclusion.

Angela Bassett — 7 losses
Bassett remains unrewarded at the Emmys, losing two more categories this year. She was nominated in Best Comedy Guest Actress for her brief role in “A Black Lady Sketch Show” and for Best Narrator for her voiceover work on “The Imagineering Story.” She was nominated in both of these categories in previous years, for guest-starring on “Master of None” and for narrating “The Flood.” Her other three bids were for more substantial roles in the 2002 TV movie “The Rosa Parks Story” and for two consecutive seasons on “American Horror Story.”

Alan Arkin — 6 losses
This is Arkin’s second loss for “The Kominsky Method,” the first program for which he has earned multiple nominations. He lost Comedy Supporting Actor last year and previously for his work in dramas, limited series and TV movies dating all the way back to the 1960s, including “ABC Stage 67” in 1967, “Escape from Sobibor” in 1987,  “Chicago Hope” in 1997 and “The Pentagon Papers” in 2003.

Tituss Burgess — 5 losses
Burgess lost a fifth time for his role as Titus Andromedon in “Unbreakable Kimmy Schmidt,” this time earning kudos in Best Limited Series/Movie Supporting Actor for the show’s interactive special. He lost for the main series in Best Comedy Supporting Actor from 2015-18. There was some thought that he could win this year due to the overdue factor and the fact that his competition could have split votes but it did not happen.

Fred Willard — 5 losses
Willard earned what will be his final Emmy nomination for “Modern Family” in Comedy Guest Actor, with the beloved actor dying in May. This was a bookend nomination for Willard, getting in for the first and final season of the ABC sitcom. In the early 2000s, he notched three consecutive Emmy bids for his turn on “Everybody Loves Raymond.”