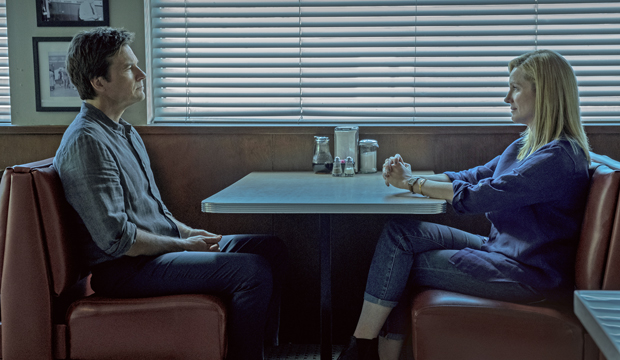 The 2020 Emmy ballots have been released by the Television Academy, so we now know which shows, actors, etc. are in contention for this year’s golden statues. Netflix’s “Ozark” accounts for six entries on the performer ballot and has a great shot of actually reaping multiple acting bids, if not wins. In the third season the gritty drama series expanded its cast slightly by welcoming two-time Daytime Emmy winner Tom Pelphrey as Ben, the brother of Wendy (Laura Linney) and a thorn in Marty’s (Jason Bateman) side. As the Byrdes become embroiled deeper and deeper in money laundering, the Mexican drug cartel stops at nothing to make sure they remain loyal.

Here’s a closer look at the Emmy-eligible cast members for “Ozark” Season 3:

“Ozark” is no stranger to the Emmy Awards, winning two last year for Garner in acting and Bateman in directing. The series was nominated for nine bids overall in 2019 (up from five in 2018) including Best Drama Series, which it lost to “Game of Thrones.” The good news? “GoT” is no longer on the airwaves, so something new could take its place at the podium.

Season 3 of “Ozark” streamed all episodes on March 27, 2020. Netflix has announced that next year will be its last, though Season 4 will be split into two “parts,” each with seven episodes. It’s likely that the parts will fall into two Emmy cycles in order to reap massive awards payouts, a pattern we’ve seen with other departing shows like “Breaking Bad,” “Mad Men” and “The Sopranos.”