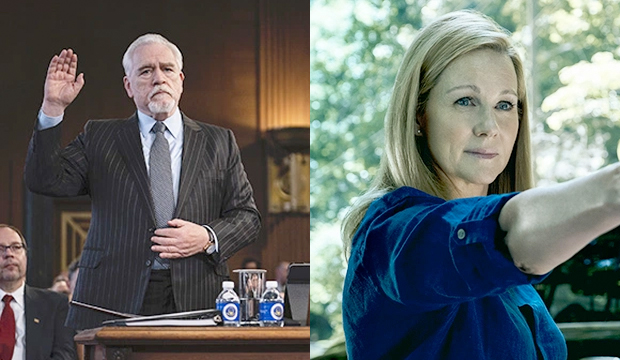 “Ozark” will have a chance at awards redemption in a few months when it contends for Golden Globes, Critics’ Choice Awards and trophies from industry guilds such as SAG. “Succession,” which just beat this Netflix hit for Best Drama Series at the Emmys won’t be eligible. That HBO series contended at the Emmys for its second season, which premiered way back in summer 2019. The third season of “Succession” has not even started filming yet, so it will not get a chance to defend its wins with any of these groups in a few months, clearing the path for “Ozark.”

SEEthe list of what won in the Emmys’ major categories.

SEEthe “Ozark” showrunner tease the next and final season.

“The Handmaid’s Tale” and “Stranger Things” are also taking 2020 off, likewise having received Best Drama Series nominations this year for their 2019 seasons. “Ozark” will have a fierce competitor in “The Crown,” which has historically done better than it at the Globes and guilds.

“The Crown” stumbled at the Emmys this year, with the third season being the series’ first not to win a single trophy above the line. It will be competing for its forthcoming fourth season episodes, which start streaming in November, at the turn-of-year awards. As some guilds made a one-time shift to their eligibility calendars in response to the accelerated Oscar timetable this past year, “The Crown” will variably compete at guild awards this year for both its third and fourth seasons.

SEEthe producing director of “The Crown” tease next season.