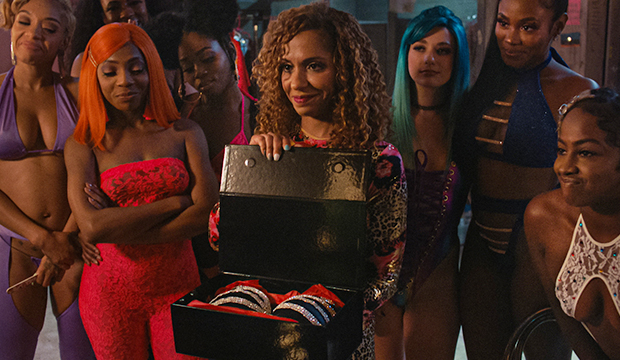 “P-Valley” is the latest drama from Starz that is causing people to take notice. TV Guide has called it “one of the year’s best new shows,” The New York Times says “it’s a confident and lyrical story,” and the AV Club describes it as “a compelling character-driven story that shines a spotlight on the beauty and scars of women, Black women, in particular.” The series sits pretty on Metacritic with a score of 85. So can “P-Valley” parlay this acclaim into recognition at the Golden Globes?

The show takes place at a strip club in Mississippi called The Pynk. It uses noir storytelling to explore the lives of the characters who enter the club and the women who work there. Created by Katori Hall, the first season is directed solely by women, providing a female perspective on the stories told and environment represented.

The Golden Globes loves honoring new series. The past five years have seen 13 freshman break into the Best Drama Series race (that’s more than 50 percent). Three of these shows — “Mr. Robot,” “The Crown” and “The Handmaid’s Tale” — went on the win the Globe for their first outings.

Starz has also had significant Globe success as a network in the drama categories. In 2012, the network’s original series “Boss” was able to break into the Best Drama Series race and win Kelsey Grammer a Globe for Best TV Drama Actor.

Currently in ninth place in our Best Drama Series odds, “P-Valley” is on a network we know Globe voters can pay attention to. It’s also a new show with critical buzz and an important female perspective. Because of these factors, don’t sleep on “P-Valley” as a dangerous Globes contender.