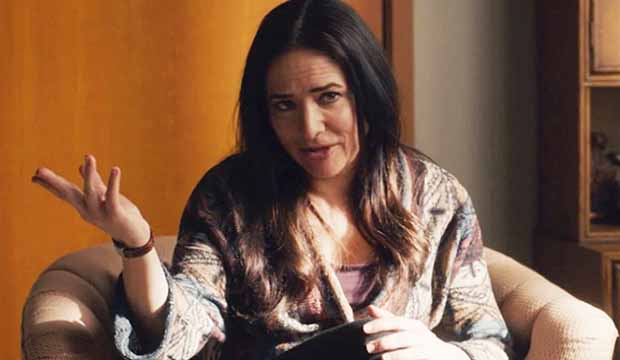 While perusing the list of likely candidates for an Emmy nomination as Best Drama Guest Actress, you will likely see some of the most preeminent dramatic actresses on television today, names such as Cicely Tyson, Cherry Jones, Phylicia Rashad, Pamela Adlon… wait, what? Pamela Adlon? Yes, indeed. One of television’s sharpest and funniest comedic writer/performers may very well earn an Emmy nomination this year for her dramatic turn in “This Is Us.”

Though she has on occasion shown some flashes of drama as single mom Sam Fox on her FX comedy series “Better Things” (for which she may earn another nomination as Best Comedy Actress), nothing has quite prepared us for how deep she digs as Dr. Leigh, the new therapist for the troubled Randall (Sterling K. Brown) on the NBC series. Adlon has one of the more dramatic introductions of the season when all of what we first see of her is the back of her head as she listens intently to Randall’s story, only to have the actress’s identity finally revealed.

SEEMandy Moore Interview: ‘This Is Us’

In a subsequent episode, Dr. Leigh, using a tough love approach, leads Randall to realize that he has a need to confront his mother Rebecca (Mandy Moore), a realization that leads Randall to walk out on Dr. Leigh several times and come back every single time. Adlon plays these scenes beautifully as a therapist who has seen it all and knows that this approach, as challenging as it may be, is the only method which can work with someone as troubled as Randall. Particularly in the confrontation scenes, Adlon and Brown make for a powerful team, and each seems to raise the other’s game in their scenes together.

After winning an Emmy in 2002 for her voice work on “King of the Hill,” Adlon has become a mainstay at the Emmys over the past seven years, earning six additional Emmy nominations. She earned two as the producer of Best Comedy Series nominee “Louie,” one for writing for that series, as well as a nomination as Best Comedy Guest Actress. In addition for “Better Things,” she has earned two consecutive nominations as Best Comedy Actress.

Note, however, that all of Adlon’s nominations to date have been for her work in comedy. Will Emmy voters accept her as a dramatic actress as well? Gold Derby users appear to think so, currently ranking her in fifth place as Best Drama Guest Actress according to the current odds.

Who's performing at the VMAs 2020? BTS, Doja Cat and J Balvin are the first to join the lineup…

Brian Cox ('Succession'): 'We can't stand these people, but at the same time, we are obsessed!'…

Why is TV's highest honor called an Emmy? And what is that winged lady on the trophy holding?

All in the family: Eugene and Dan Levy ('Schitt's' Creek') can make history with Emmy acting…