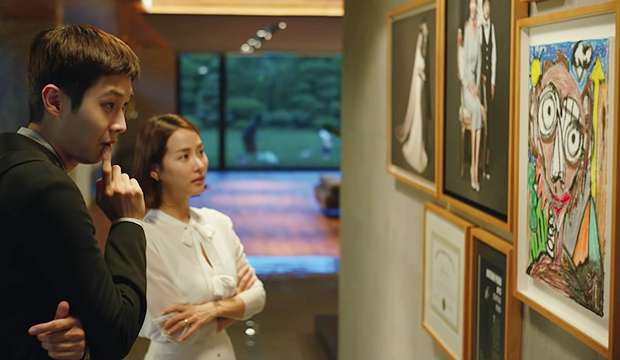 Quentin Tarantino‘s “Once Upon a Time in Hollywood” is perched atop our Oscar odds for Best Original Screenplay, but it’s nowhere to be found in the same category at the Writers Guild of America Awards — because the auteur has never been a guild member and is therefore ineligible at the awards show. But even with QT out of the way, that doesn’t mean it’s anyone’s game at WGA — “Parasite” is the heavy favorite to snatch the prize.

With 11/2 odds, “Parasite,” written by Bong Joon Ho and Han Jin Won, is well ahead of No. 2, Noah Baumbach‘s “Marriage Story,” which sits at 6/1. Rian Johnson‘s “Knives Out” is a distant third, followed by “1917” (Sam Mendes and Krysty Wilson-Cairns) and “Booksmart” (Emily Halpern & Sarah Haskins and Susanna Fogel and Katie Silberman). All but “Booksmart” are Oscar-nominated, with “Once Upon a Time in Hollywood” taking its spot there.

Should it prevail, “Parasite” would be the first foreign language film to win in original since the creation of the adapted and original categories in 1970. It’d be its third guild win after the ACE Eddie and Screen Actors Guild Award for ensemble.

A victory would also put the underdog hit on solid ground to claim the original screenplay Oscar, which would burnish its resume, as it were, to take Best Picture. The last Best Picture champ not to win any other category was “Grand Hotel” (1932), which was only nominated for the top prize. If you think about what else “Parasite” could win besides the locked Best International Film award en route to Best Picture, screenplay is arguably its best shot.

Because of eligibility issues, WGA doesn’t have a fantastic correlation with Oscar. Last year’s winner, “Eighth Grade,” was snubbed by the academy. In the 2010s, three WGA-ineligible scripts won the original screenplay Oscar: “The King’s Speech” (2010), “Birdman” (2014) and “Django Unchained” (2012), written by none other than Tarantino. Tarantino has another Oscar for “Pulp Fiction” (1994), so missing out at WGA hasn’t hurt him that much.

“Once Upon a Time in Hollywood” beat “Parasite” at the Globes, and their final pre-Oscars face-off will be at Sunday’s BAFTA Awards, where the former is favored to win, so we’ll get more clarity on this race then.