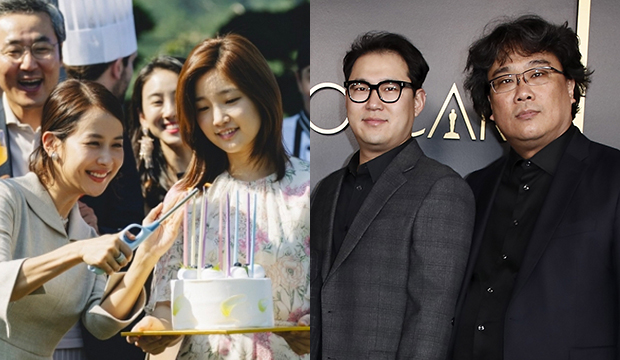 After its victories over the weekend at the Writers Guild of America Awards and BAFTAs, “Parasite,” written by Bong Joon Ho and Han Jin Won, has eclipsed Quentin Tarantino‘s “Once Upon a Time in Hollywood” for the top spot in our Best Original Screenplay Oscar odds. If they indeed walk away with the prize on Sunday, Bong and Han would be the first people of Asian descent to win for writing in either category.

Unsurprisingly, there have not been a ton of Asian writing nominees in Oscar history, but nearly all of them have come in Best Original Screenplay. Hanif Kureishi, who is of Pakistani descent, was the first, receiving a nomination for “My Beautiful Laundrette” (1986). Thirteen years later, the Indian-born M. Night Shyamalan was shortlisted for “The Sixth Sense” (1999). Iris Yamashita, who’s Japanese-American, shared a bid with Paul Haggis for “Letters from Iwo Jima” (2006). Nearly a full decade later, Ronnie del Carmen, who’s Filipino, was nominated for “Inside Out” (2015) along with co-writers Pete Docter, Meg LeFauve & Josh Cooley. Before this year, the most recent Asian nominee was Kumail Nanjiani, who is of Pakistani descent and penned “The Big Sick” (2017) with his wife Emily V. Gordon.

In Best Adapted Screenplay, Taiwanese scribes Wang Hui-ling and Tsai Kuo Jung were the first and remain the only Asian writers to be nominated there, for “Crouching Tiger, Hidden Dragon” (2000). The script, co-written with James Schamus, was also the first Asian-language one to be Oscar-nominated.

This also means that if Bong and Han win, their South Korean phenomenon would be the first Asian-language film to do so. It’d be the sixth foreign language film to win the category overall.

The pair had been trailing Tarantino, who won the Golden Globe’s single screenplay award, for most of the season, but had been picking up steam as “Parasite’s” picked up steam during its guilds run, while “Once Upon a Time in Hollywood,” not so much. Since Tarantino was ineligible at WGA, “Parasite” was largely predicted to triumph there, but then the next day, it trounced “Once” head to head at the BAFTAs. Since Best Director is Sam Mendes‘ to lose for “1917,” “Parasite” would need to carry a screenplay win to burnish its Best Picture hopes.