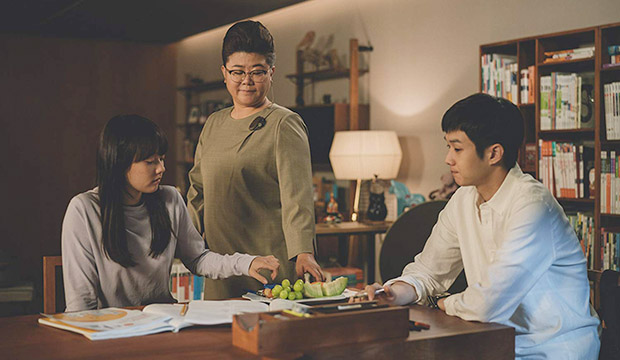 “Parasite” had a big weekend, winning Best Original Screenplay at the Writers Guild of America Awards on Saturday and the BAFTAs on Sunday for Bong Joon Ho and Han Jin Won, setting it up nicely to claim the corresponding Oscar next weekend. Should that happen, the South Korean hit would be the sixth foreign language film to do so.

The first five are:

Of these, “A Man and a Woman” is the only one to also take home Best International Feature Film, formerly known as Best Foreign Language Film, which “Parasite” is basically a lock to win. “The Red Balloon,” meanwhile, remains the only short film to be nominated for and win an Oscar outside of the short category.

“Parasite,” which, needless to say, would be the first Korean film to win here, had been well behind Quentin Tarantino‘s “Once Upon a Time in Hollywood” in second place in our odds throughout most of the season. But it’s been gradually ascending since its ensemble victory at the Screen Actors Guild Awards, and now with its windfall over the weekend, it’s currently neck and neck with “Once” and will likely overtake it soon.

While Tarantino, who’s seeking to tie Woody Allen‘s record of three original screenplay wins, earned the Golden Globe for his script, “Once” has underwhelmed as the guild winners have unfolded, despite hitting all the eligible ones, while “Parasite’s” star continues to rise, becoming the first foreign language film to win SAG ensemble, ACE Eddie (drama) and WGA. It dethroned “Once” from second place in our Best Picture odds, behind “1917,” last week. If “Parasite” were to be the first foreign language film to win Best Picture, it would need a top category like original screenplay to do it.