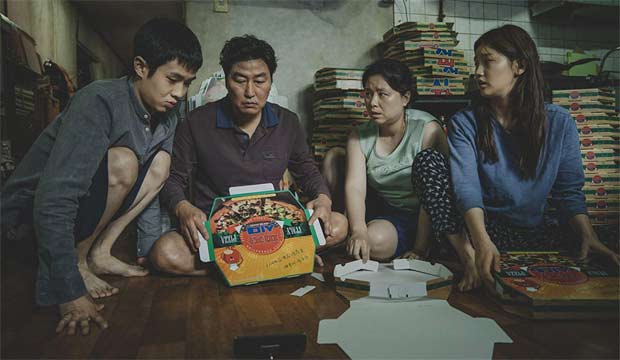 With the six Oscar nominations Bong Joon Ho‘s “Parasite” scored on Monday morning, the film became the latest to have won the prestigious Palme d’Or at the Cannes Film Festival and score an Oscar nomination for Best Picture. Only one film has actually succeeded in winning both of those honors: Delbert Mann‘s “Marty,” which prevailed in 1955.

The top prize from the French film festival is not always a reliable barometer for what will get in at the Oscars. In addition to the fact that the prize has been won by films from all over the world, even English language winners have been completely ignored by the academy. Some of those films include “Wild at Heart” (1990), “Barton Fink” (1991) and “Elephant” (2003).

Winners of the Palme d’Or have the same rate of success in the Best International Film category as they have in Best Picture with “Parasite” becoming the 16th winner to score a subsequent nomination at the Oscars. Five winners of the Palme d’Or champs have won the International Film Oscar: “Black Orpheus” from France (1959), “A Man and a Woman” from France (1966), “The Tin Drum” from West Germany (1979), “Pelle the Conqueror” from Denmark (1988) and “Amour” from Austria (2012). The other ten that scored corresponding Oscar nominations in International Films were “Keeper of Promises” from Brazil (1962), “The Umbrellas of Cherbourg” from France (1964), “Kagemusha: The Shadow Warrior” from Japan (1980), “Man of Iron” from Poland (1981), “When Father Was Away on Business” from Yugoslavia (1985), “Farewell My Concubine” from Hong Kong (1993), “The Class” from France (2008), “The White Ribbon” from Germany (2009), “The Square” from Sweden (2017) and “Shoplifters” from Japan (2018).

“Parasite” may not have scored as many nominations as “Joker,” “1917” or “Once Upon a Time in Hollywood” but it is by no means out of this race. It hit the major categories that it needed to get into to still be a major contender including Original Screenplay and Film Editing. Even missing out on nominations for Original Song and Song Kang Ho in Supporting Actor weren’t devastating misses, so there’s still a chance for “Parasite” to accomplish something that hasn’t been done in more than six decades.