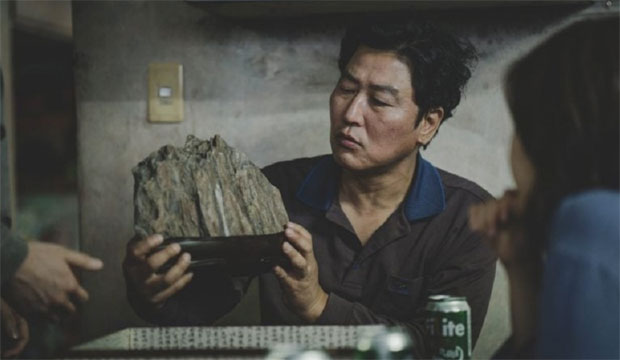 Much of the talk this Oscars season has been about whether writer-director Bong Joon Ho‘s “Parasite” could become the first non-English-language film ever to win the Oscar for Best Picture, but its victory for Best International Feature Film is also historic. It’s the first Korean film in history to claim this award, which was formerly known as Best Foreign Language Film. Check out the complete list of winners here.

Remarkably, this was the first Korean film even to be nominated for Best International Film. South Korea submitted its first film for consideration back in 1962 — 57 years ago. Since then the nation has submitted 31 films. But the nation didn’t even make the Oscars shortlist until Lee Chang-dong‘s “Burning” (2018), and it didn’t earn an actual nomination until “Parasite.”

In recent years the academy has snubbed a number of internationally renowned Korean films including Lee’s “Oasis” (2002), which won for its direction at the Venice Film Festival; Kim Ki-duk‘s “Spring, Summer, Fall, Winter … and Spring” (2003), which the BBC named one of the century’s best films so far; and Lee’s “Secret Sunshine” (2007), which won Best Actress for Jeon Do-yeon at the Cannes Film Festival.

Bong himself tried to get his foot in the door once before. His 2009 film “Mother” was submitted for Oscar consideration, and that season it won Best Foreign Film awards from Boston, Denver and Kansas City film critics groups and earned a nomination from the Independent Spirit Awards — the Gold Derby Awards too. And its star Kim Hye-ja won Best Actress from Los Angeles film critics. Alas, that film didn’t get the time of day from academy voters.

South Korea is now only the third East Asian nation to win the Oscar for Best International Film. The award has historically been dominated by European films, especially Italy and France, which have won 14 times and 12 times, respectively. The only other East Asian countries to prevail are Japan (four wins) and Taiwan (one win, for “Crouching Tiger, Hidden Dragon”). Before this, the last East Asian winner was Japan’s “Departures” 11 years ago.