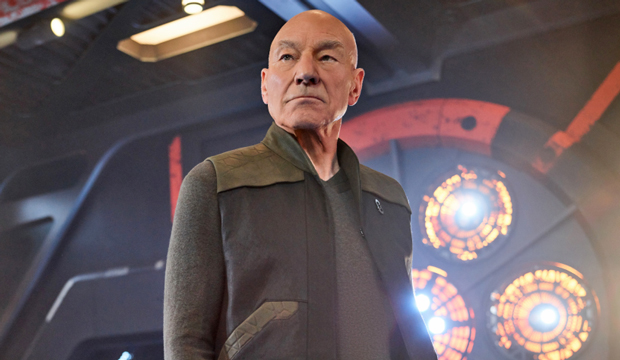 “Star Trek: Picard” earned five Emmy nominations this year, winning for its prosthetic makeup, but alas, leading man Patrick Stewart didn’t earn a corresponding bid for Best Drama Actor. The good news is that he has more chances for recognition during the fall and winter awards season. And it could be especially good news at the Screen Actors Guild Awards, which were the first and only industry peer group to single out Stewart for his iconic role as Starfleet Captain Jean-Luc Picard. Will they do it again?

Stewart was nominated at the very first SAG Awards, which were held in February 1995. That nomination was for the very last season of “Star Trek: The Next Generation,” which ended its seven-season run in May of 1994. But even though “TNG” was nominated for Best Drama Series at the 1994 Emmys and the show won 18 Emmys total over the course of its run, none of its actors were ever singled out for recognition by the television academy.

The SAG Awards embraced him though, nominating him against Tom Skerritt (“Picket Fences”), Dennis Franz (“NYPD Blue”) and “Chicago Hope” duo Hector Elizondo and Mandy Patinkin (Franz won the award). Stewart earned two more SAG nominations after that, in 2000 for his roles as Ebeneezer Scrooge in a TV movie adaptation of “A Christmas Carol” and in 2011 for playing the title role in a TV version of Shakespeare’s “Macbeth.”

2021 will be a lot different than 1995 was, however. Back then television awards were dominated by the broadcast networks with cable only just starting to make inroads. Online streaming wasn’t even a concept. Nowadays there’s a lot more programming and therefore a lot more competition, especially with only one category for male dramatic actors (lead and supporting actors compete against each other).

But the door is wide open this year since only one of last year’s nominees is eligible to return: Sterling K. Brown (“This is Us”). The reigning champ, Peter Dinklage (“Game of Thrones“) is no longer eligible since his show ended its run in 2019. Billy Crudup and Steve Carell (“The Morning Show”) and David Harbour (“Stranger Things”) are out as well since their shows won’t have any new episodes in this eligibility year. Will that give Stewart the opening he needs to earn a bookend to his first “Star Trek” SAG nomination?