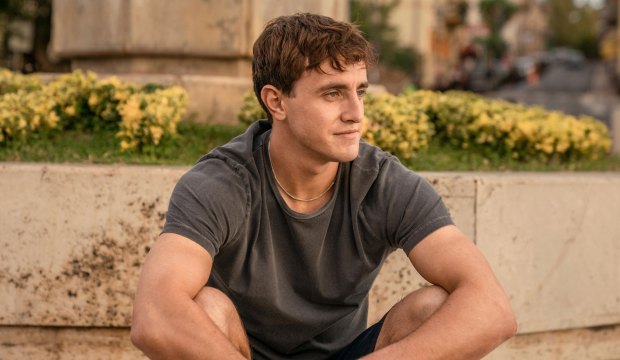 This year’s race for Best Movie/Limited Actor at the Emmys is wide open, so could 24-year-old newcomer Paul Mescal upset a field of veteran movie stars for his breakthrough role in the Irish romantic drama “Normal People”? Here are five reasons why we should take his candidacy seriously.

1. Young men have been on a roll. It used to be true at the Emmys that the biggest names had the greatest advantage. The prestige of an Oscar-winning or Oscar-nominated movie star usually overshadowed less established TV actors. But 2017 winner Riz Ahmed (“The Night Of”) and 2018 champ Darren Criss (“The Assassination of Gianni Versace”) prevailed when they were in their early 30s. And 2019 victor Jharrel Jerome (“When They See Us”) was just 21. All of them defeated more seasoned performers.

2. Mescal already surprised some veterans just to get the nomination. We thought Oscar winner Russell Crowe would be nominated for “The Loudest Voice” after winning the Golden Globe earlier this year for playing Roger Ailes. And Aaron Paul seemed like a likely contender for reprising his three-time Emmy-winning role as Jesse Pinkman in “El Camino: A Breaking Bad Movie.” But Mescal made it through ahead of them. Given the sheer number of actors who were on the ballot, just getting the nomination may have been the biggest challenge for an actor with less name recognition. Now that he’s in, watch out.

3. Other nominated programs in this category under-performed. Actors playing multiple roles, as Mark Ruffalo does as twins in “I Know This Much is True,” are often catnip to awards voters, but Ruffalo is the only nominee for that limited series. Hugh Jackman also gives a showy performance in “Bad Education,” but its only other bid is Best TV Movie. While “Normal People” wasn’t nominated for Best Limited Series, it did earn noms for writing, directing and casting in addition to Mescal’s bid, which may indicate more overall academy support. However, Mescal is the only acting nominee for “Normal People,” so it’s hard to say for sure whether he has more, less or equal support from the actors branch.

4. He plays one of the most sympathetic characters in the category. His role as a lovestruck young man is a lot more huggable than Jackman’s nefarious school superintendent or Jeremy Irons‘s cold, calculating superhero in “Watchmen.” You don’t always need to be likable to win — just look at the aforementioned Criss, who won this prize for playing a serial killer — but in a close race it doesn’t hurt.

5. Our Top Users are warning of a Mescal upset. Most of the Expert journalists we’ve surveyed say Ruffalo will win, but when you ask the Top 24 Users who got the highest scores predicting last year’s Emmy winners, they’re saying it’ll be Mescal. So are the All-Star Top 24 who had the best predictions when you combine the last two years’ results. They were smart enough to rule our predictions contests, so they might be onto something.