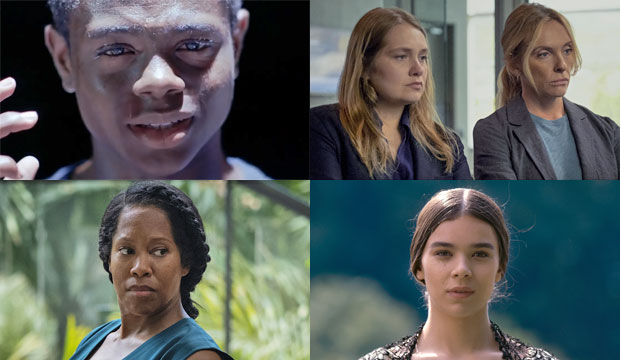 The Peabody Awards announced their winners on June 10, 2020, honoring broadcast and digital media from the calendar year 2019 that “made a significant impact on media programming and the cultural landscape.” Based at based the Grady College of Journalism and Mass Communication at the University of Georgia, the Peabodys chose 30 winners in all, plus three more special awards. The recipients were chosen unanimously by a board of 19 jurors from almost 1,300 entries. Scroll down for the complete list, and watch a highlight reel of the winners at the bottom of this post.

Peabody executive director Jeffrey P. Jones said in a statement, “This year’s winners are a vibrant collective of inspiring, innovative, and powerful stories. True to the spirit and legacy of Peabody, our winners are also distinguished by the presence and resilience of many emerging and diverse voices. We are especially proud to celebrate ‘Frontline’ as an unwavering source for truth through quality journalism when both are actively under attack, and ‘The Simpsons,’ one of the most consistently funny and culturally important satirical sitcoms over the last three decades.”

Also cited were programs eligible at the 2020 Emmys, including OWN’s “David Makes Man” from Oscar winner Tarell Alvin McCraney (“Moonlight”), which the Peabodys thought was a “visually stunning” and “heartbreaking” portrait of a Black teen growing up in South Florida. And HBO’s “revolutionary” series update of the classic graphic novel “Watchmen” with its “frank, provocative reflection on contemporary racialized violence, the role of police, and how Americans understand their place in the world after a large-scale disaster.”

With “When They See Us,” “David Makes Man” and “Watchmen,” plus the comedy “Ramy,” about a Muslim’s experiences living in New Jersey, the Peabodys have shined a light on the experience of racial and ethnic minorities in America at a time when that subject has been thrust forward by the recent wave of protests against police brutality here and around the world. “Unbelievable” also explores “what police work should look like” and also how it can hurt those who need it most.

But the wide-ranging list of entertainment winners also includes the “masterful” 1980s homage “Stranger Things” season three, the “gleeful” corporate drama “Succession” season two, and the “fun” and “crackling” take on the life of poet Emily Dickinson in Apple TV+’s new comedy “Dickinson.” What do you think of these winners, and how will they do at the Emmys this year?

“Dolly Parton’s America”
“Have Your Heard George’s Podcast?”
“In the Dark: The Path Home”
“Threshold: The Refuge”