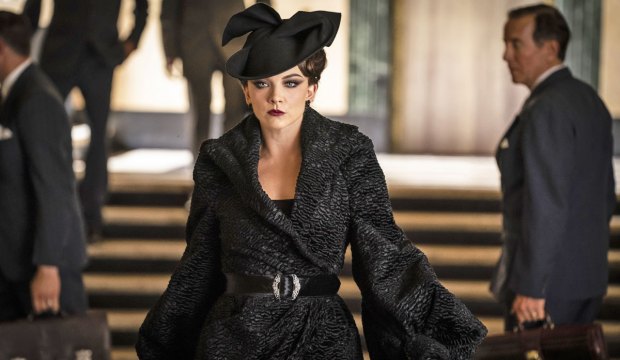 Showtime’s original “Penny Dreadful” series earned 13 nominations over the course of its three seasons, but never won. Can its followup, “Penny Dreadful: City of Angels,” emerge victorious in 2020? It brings the supernatural style of the first series to a brand new story set in the 1930s. Emmy voting started on July 2, which means that ballots were made available online to both television academy members and the general public. Scroll down to see 33 submissions from the eerie mystery.

Actors make up the bulk of the show’s submissiosn with 14 performers across five categories led by leads Natalie Dormer and Daniel Zovatto. The 11 supporting hopefuls include Oscar nominees Adriana Barraza and Amy Madigan as well as Tony winner and Emmy nominee Nathan Lane. The sole guest-acting entrant is triple Emmy champ Brad Garrett for the episode “Josefina and the Holy Spirit.”

Where the series might especially clean up is in Creative Arts races, which is where all of the original “Penny Dreadful’s” 13 nominations came from. The period setting makes the show a force to be reckoned with for its costumes and production design, while having Dormer’s demonic character assume different forms could help it score makeup and hairstyling noms, among other plaudits.

The premiere episode, “Santa Muerte,” was entered for consideration for its writing, directing and cinematography, but the episodes with the most citations across the board are the third installment “Wicked Old World” with five and the aforementioned fourth episode “Josefina and the Holy Spirit” with six. But how many of those submissions will turn into nominations for the show? See what it’s being considered for below.