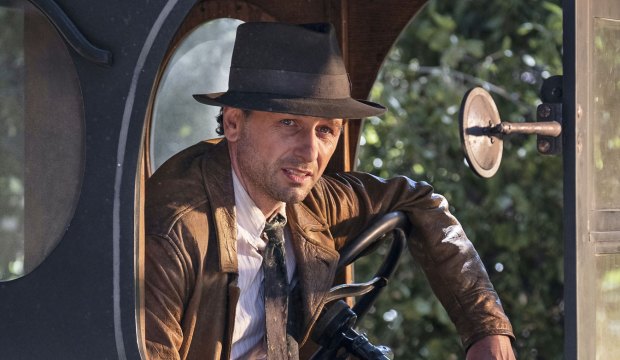 HBO takes a big swing on June 21 with “Perry Mason,” its new drama series starring Matthew Rhys as a younger version of the private eye-turned-defense attorney made famous by Raymond Burr in the series that originally ran from 1957 to 1966. Based on the crime fiction by Erle Stanley Gardner, this 1930s-set show is an origin story for the iconic character. So what do critics think of this very different version of the TV classic?

As of this writing the series has a MetaCritic score of 68 based on 20 reviews counted thus far: 13 positive, 7 somewhat mixed and none outright negative. On Rotten Tomatoes, which classifies reviews simply as positive or negative, the series is rated 81% fresh based on 37 reviews: 30 positive and 7 negative. The RT critics’ consensus summarizes the reviews by saying, “Brimming with top notch performances and dripping in style, ‘Perry Mason’s’ compelling mystery mostly makes up for its messy storytelling.”

SEE2020 Emmys expand: More nominees for Best Drama, Best Comedy and other categories as number of submissions goes way up

Those top notch performances include the “terrific” Rhys, who previously won an Emmy for his role as a conflicted KGB spy in “The Americans.” He’s “always a joy to witness,” and so are the many other “amazing performers” around him, including Tatiana Maslany, John Lithgow and Chris Chalk. The period setting is “impeccably crafted” and “really comes alive,” while the central mystery is “engrossing and unpredictable.” Though the show has also been criticized for being “frustrating in its story and pacing.”

Will you be tuning in for “Perry Mason” this summer? Check out some of the reviews below, and join the discussion on this and more here with your fellow TV fans.

Gwen Ihnat (The A.V. Club): “Rhys is always a joy to witness, and he’s all in here — if you can look past the six-o’clock stubble, his Mason possesses just enough smarmy charm to make you want to root for him, even as he’s clearly his own worst enemy … The greatest joy of viewing ‘Perry Mason’ comes just from having so many amazing performers playing off of each other”

Sonia Saraiya (Vanity Fair): “Strictly speaking, it works better than it should. There’s so much sunk into the production that the world of the show really comes alive, and the mystery is engrossing and unpredictable … ‘Perry Mason’ seeks to reframe and update the perception of the ’30s by including references to the histories of queer characters and characters of color.”

Matthew Gilbert (Boston Globe): “It’s not a bad idea, but it doesn’t entirely work in ‘Perry Mason,’ which is both engaging in its acting and period setting and frustrating in its story and pacing. Yup, it’s a classic mixed bag, a show that manages to be both a textured noir and a flat ‘Dick Tracy’-like cartoon whose villains are defined by only one characteristic.”