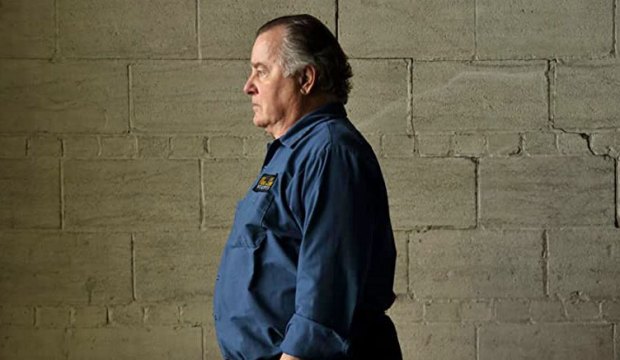 Every once in a while, a veteran journeyman actor breaks through at the Golden Globes, notwithstanding the Hollywood Foreign Press Association’s infatuation with red carpet-ready celebrities. So look out for character actor Peter Gerety to potentially score a bid when the HFPA announces its nominations on Feb. 3, for his heartbreaking turn in “Working Man.” And that could potentially get the ball rolling for him towards an underdog Oscar nom.

It would be the first nomination ever for Gerety, who recently turned 80, and who after working on stage and screen for 60 years has given arguably his most acclaimed performance to date. In “Working Man,” he stars as Allery Parkes, a factory worker in a small Rust Belt town, who defiantly shows up at work every day after the plant is closed. The film co-stars two-time Oscar nominee Talia Shire (“The Godfather, Part II” and “Rocky”) as Allery’s devoted wife Iola and Billy Brown (“How To Get Away With Murder”) as Walter, a passionate former co-worker who befriends Allery.

Reviews have been positive for “Working Man,” which scored a 73 at Metacritic and was certified fresh with an impressive 93% at Rotten Tomatoes. The film has been praised for first-time writer/director Robert Jury‘s moving screenplay and work behind the camera, as it paints a compelling portrait of a man finding a sense of purpose amidst the despair of a struggling economy and his own personal grief and loss.

Over the last decade the HFPA have shown some love to character actors, the kind who often show up in supporting roles and who are less glamorized than their A-list celebrity counterparts. They often feature in distinctive, memorable roles that sometimes outshine the more recognizable namesat the top of the call sheet. And after toiling in the trenches for years, sometimes decades, awards groups sometimes shine a light on them when they deliver a critically acclaimed performance that cannot be ignored.

Can Gerety break through the crowded Best Film Drama Actor field and grab his long-overdue first nomination? And in this unpredictable pandemic awards season, could that set the stage for a dark horse Oscar bid?