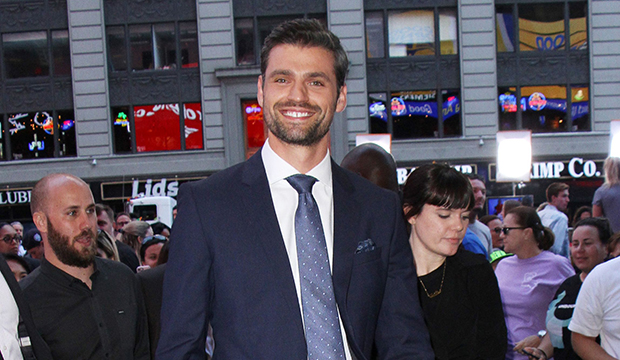 In an alternate universe, Peter Kraus could’ve been the first Peter to star on “The Bachelor” before you-know-who. After he finished second on Rachel Lindsay‘s season of “The Bachelorette” in 2017, Bachelor Nation assumed he was a shoo-in to lead the next season of “The Bachelor.” Instead, producers went deep into the past to cast Arie Luyendyk Jr. for Season 22. And now, Kraus is revealing the reason he turned down the gig — three times.

During an interview on “The Ben and Ashley I Almost Famous” podcast, Kraus shared that producers pursued him multiple times over the course of several weeks. “I tried to go back to normal life and it didn’t work,” Kraus said. “They asked me to be the Bachelor and I said no. Straight up no. A couple of weeks later, they called again and made it a little more formal, and I still said no. Then we were out in New York for ‘Good Morning America’ … and they asked me there, and again I said no.”

At the time, Kraus had started talking to a woman he was interested in but wasn’t officially dating yet and told producers as such. According to him, producers then asked if he was willing to bail on that prospective relationship for the show.

“I told [the producers] I had started to talk to someone and they said, ‘Are you guys in a relationship?’ I said, ‘No,’ and they said, ‘Would you be willing to leave that or exit that?'” he recalled. “I wasn’t sure. … It was really hard for me and I couldn’t say I would for sure get in an engagement at the end of the show. It wasn’t that I knew for a fact that I didn’t want to. It was more that I couldn’t promise them that I would and I didn’t want to be forced to do it if I said yes to the show.”

Contrary to rumors, Kraus insisted that money was not the reason why he ultimately rejected the show, though he did tell producers that he makes more money IRL as a personal trainer than what they were offering him. “ ‘Well, I make considerably more than that already per year. Why would I give up the rest of my life of being ‘Peter The Bachelor’ and no longer just Peter for the amount of money that isn’t life-changing?'” he revealed. “We all agreed it wouldn’t make sense to pay a lot of money because you’re no longer doing it for the right reasons.”

Instead, Kraus shared that the and TPTB came to a crossroads when he asked for specific changes to be implemented, including getting a relationship counselor toward the end of the season for him and the remaining contestants.

“I wanted to be able to spend more time with people individually. I wanted to be able to just go into the house and see people in their natural habitat so that way it didn’t feel like they were putting on a show for me. It was more like this is who you actually are when you’re unsuspecting of where I’m at,” he explained. “I wanted relationship counseling for myself and the top four or five girls during the process so we could work things out on a deep level. Then I wanted continued support for myself and the person that I chose after the fact, because I saw the pressure that Bryan [Abasolo] and Rachel were put under and I thought it was extremely unfair.”

The 35-year-old, who is single, has no regrets about turning down the opportunity and has “grown a lot” since his “Bachelorette” experience. “I really know what I want and I’m not wasting my time with things that aren’t there for me,” he said.

As for a return to the ever-growing franchise, there’s one show you definitely won’t find him on. “I won’t do ‘Bachelor in Paradise’ personally, especially knowing that the group of girls that were just on the show were really young,” Kraus explained. “I’d like to date 30 and above if possible. … I just don’t see myself being successful on there.”