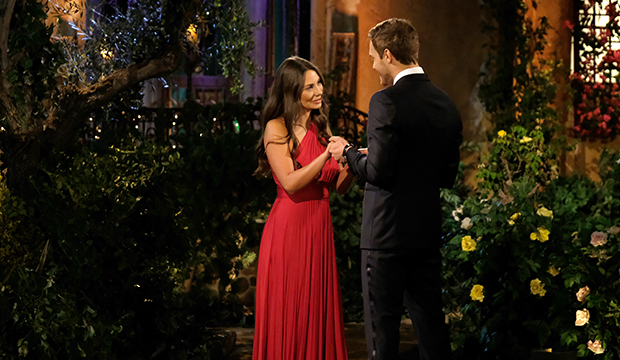 Peter Weber went on “The Bachelor,” dated 30 women, got engaged to one and briefly reconciled with another before giving it a go with his fifth-place finisher, Kelley Flanagan. It’s a lot when you lay it out, but for the pilot, this was the way it was meant to be.

In a Cameo message wishing a fan, Sage, a happy 16th birthday, Weber gave her the “inside scoop” on why he “ultimately picked Kelley.”

“To be completely honest, I think just the nature of the show definitely works and I’ve said that since Day 1. I still believe it works, but I think specifically for the type of relationship between, you know, Kelley and myself just wasn’t the most organic type of situation for us that was going to actually work,” Weber explained. “And that’s OK. That’s totally OK because each relationship is different.”

The 28-year-old recalled a conversation he had with Hannah Brown on “The Bachelorette,” during which he shared a Spanish saying that his grandmother always said to him that essentially translates to “no matter what happens, let the waters run.”

“What’s meant for you [and] what’s yours will always be yours, and nothing can ever change that. So obviously we’ll see what the future holds for Kelley and I, but I think it’s a beautiful story, definitely a beautiful love story of what’s yours is yours and it will always come back to you, no matter what,” he continued. “That’s kind of been our relationship. We’ve kept coming back in each other’s lives. So the way I look at it, definitely an unorthodox way but definitely worked in the end.”

Weber had previously talked about how “serendipitous” his relationship with Flanagan has been. The two met by chance at a hotel before production on “The Bachelor” began. He then ran into her the night before the Super Bowl in February, shortly after ending his engagement to Hannah Ann Sluss but before reconciling with Madison Prewett. After breaking up with Prewett following the finale in March, he reconnected with the attorney when their fellow Bachelor Nation alum Kristian Haggerty brought Flanagan along after Weber asked her to hang out with friends. He then went to Chicago to quarantine with Flanagan, and the rest is history.

While the couple kept everyone guessing about their status before finally confirming they were dating at the end of April, Chris Harrison noted that “The Bachelor” was probably not the venue for the pair.

“In all seriousness, they had this great chemistry even when they met before the show,” Harrison told “Access Hollywood” last month. “The show just wasn’t right for them. The show wasn’t right for Kelley and it didn’t help them foster that relationship, so maybe, just maybe his love story is not done.”

Weber brought out Flanagan to sing “Happy Birthday” to Sage before sharing some dating advice — Flanagan told her to “just have fun”; Weber jokingly told her to go on “The Bachelor” in her mid-twenties. He then offered her a virtual rose. “Hopefully it doesn’t make Kelley too jealous here,” he quipped.