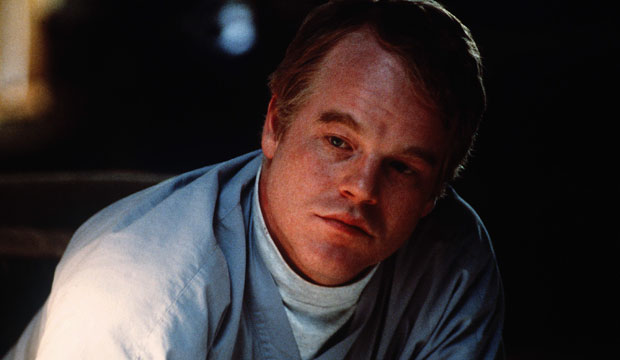 Philip Seymour Hoffman passed away on February 2, 2014 at the age of 46. To commemorate his untimely death, we’ll be spending the day binge-watching some of the actor’s all-time best performances on Netflix. From the 1999 double-header of “Magnolia” and “The Talented Mr. Ripley,” to “Doubt” (2008) and “The Master” (2012), Hoffman will live forever on screen. Tour our photos list above to see which of Hoffman’s movies are on Netflix right now.

Alas, his Oscar-winning performance as Truman Capote in “Capote” (2005) is not currently available on the streaming service, but we have our fingers crossed it will be in the future. He won Best Actor at the 2006 ceremony, beating out co-nominees Terrence Howard (“Hustle & Flow”), Heath Ledger (“Brokeback Mountain”), Joaquin Phoenix (“Walk the Line”) and David Strathairn (“Good Night, and Good Luck”). Hoffman received three other supporting Oscar nominations throughout his career, for “Charlie Wilson’s War,” “Doubt” and “The Master.”