Last year, British multi-talent Phoebe Waller-Bridge turned the Emmy Awards into her own coming-out party thanks to the second season of “Fleabag” that streamed on Amazon last spring. The tartly bewitching sitcom about a sexually active and confused young woman living in London earned 11 nominations and won six.

Waller-Bridge walked away with an armful of trophies for outstanding comedy series, lead comedy actress and comedy series writing. “Fleabag” was also honored for its directing, casting and cinematography.

But if you thought that this saucy lass was the belle of the ball last year, Waller-Bridge may dominate the proceedings even more completely this year. Fans will have to wait to witness her big-screen screenplay contributions now that the latest James Bond spy adventure “No Time to Die” has been delayed due to the coronavirus epidemic. But Phoebe’s fabulousness has popped up on the small screen consistently from last fall to now and she could dominate the Emmys once more in several categories:

*She hosted “Saturday Night Live”on the second episode of the 45th season last October and collected many critical plaudits for her efforts. Watch her opening monologue above and see if you think she deserves a guest comedy actress nomination for her wit-filled performance as she capitalizes on her “Fleabag” notoriety. A sample: “It began as a way to get Andrew Scott to dress up as a priest and tell me that he loves me. It took me six years and two seasons to achieve it, but I did it. I don’t care about awards. I just want gay men to love me.”

*Waller-Bridge remains one of the executive producers of “Killing Eve,” a BBC America spy series about a twisted relationship between a female undercover agent (Sandra Oh) and an international assassin (Jodie Comer). The show’s third season began on April 12 and is likely to earn a second bid in the drama series category.

SEE Phoebe Waller-Bridge on revisiting ‘Fleabag’: ‘She couldn’t have the same swaggering front’ because we know her secrets [VIDEO INTERVIEW]

*She could also score another Emmy as an executive producer of a comedy series, this time in the form of  HBO’s “Run,” a steamy and brisk lark with Hitchcockian thriller elements that stars Merritt Wever and Domhnall Gleeson as reunited college sweethearts whose reunion leads to some dangerous twists and turns.

*Waller-Bridge’s least-likely nomination chance is her brief glorified cameo role on the fifth episode of “Run,” as she plays a taxidermist named Laurel who gives the runaway couple a lift to a train station but not before scooping up a dead badger in the road. She could possibly be up for a guest actress spot in a comedy series but the role is rather laugh-free. 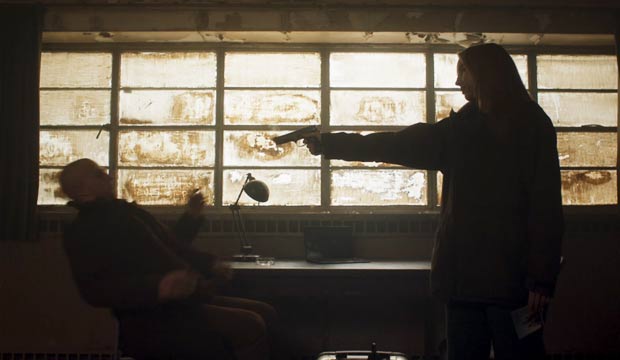