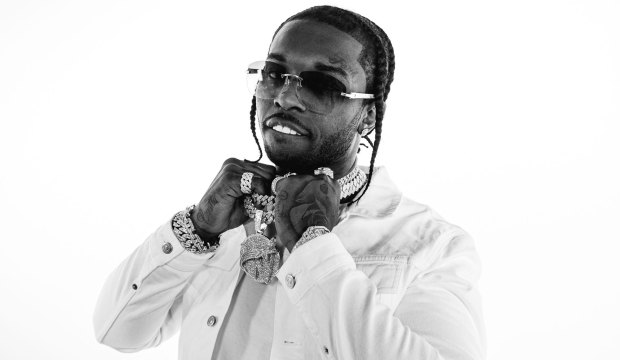 Pop Smoke tragically died before his debut studio album “Shoot for the Stars, Aim for the Moon” was released in July, but he’s up for Best New Artist at the BET Hip Hop Awards on October 27. Will he receive a posthumous tribute on Tuesday night?

According to the combined predictions of Gold Derby users, Pop Smoke will win the award, getting leading odds of 11/2. The up-and-coming rapper was only 20-years-old when he was shot to death during a home invasion this past February. But “Shoot for the Stars” was released in July and went straight to number-one on the Billboard 200. And it has been such an enduring hit that the album returned to number-one on the chart dated October 24 in its 15th week of release.

He broke out in 2019 with his aptly title gold single “Welcome to the Party.” And he exceeded that performance in 2020 with his double-platinum “Dior” and the platinum “For the Night” with Lil Baby and DaBaby, the latter of which became his first top-10 hit on the Hot 100 singles chart. So it’s clear that listeners have rallied around him even in death. There’s a good chance the BET Awards will follow suit.

If not, the next likeliest winner based on our forecasts is Jack Harlow. The 22-year-old released several mixtapes going back almost a decade to when he was a young teen, but his breakthrough came in 2020 with his single “Whats Poppin,” whose remix featuring DaBaby, Tory Lanez and Lil Wayne reached number-two on the Hot 100. And don’t count out another youngster, the 21-year-old Rod Wave, who ranks third with 8/1 odds and released two top-10 albums over the last 12 months.