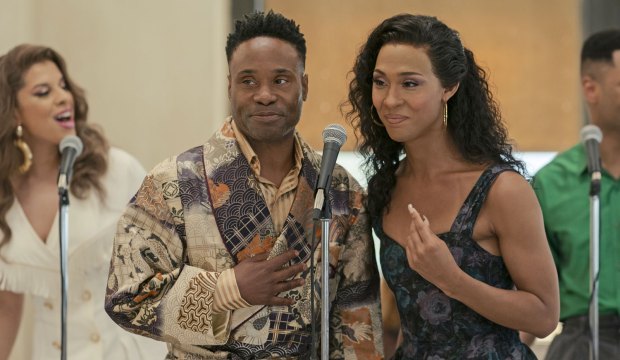 “Pose” made history with its representation of transgender people of color actually played by trans actors in leading roles. It earned an Emmy nomination for Best Drama Series in 2019 for its first season, and it made history again by winning Best Drama Actor for Billy Porter, the first openly gay Black actor to take home that award. So how will it do in season two? Scroll down for our exclusive video interviews with top Emmy contenders from the show.

The FX drama takes place during the late 1980s and early 1990s in New York City, where LGBT people support each other amid discrimination and the ongoing AIDS crisis, but also compete for personal pride and glory on the ballroom scene. Mj Rodriguez stars as Blanca, who is a house mother to a group of outcasts. Porter plays Pray Tell, Blanca’s confidante and the ballroom emcee.

Co-creator and executive producer Ryan Murphy has had a strong track record at the Emmys, especially in the last 10 years. He himself has won six Emmys as a producer and director. He claimed Best TV Movie for “The Normal Heart” and Best Limited Series for “The People v. O.J. Simpson” and “The Assassination of Gianni Versace.” Perhaps surprisingly, “Pose” was his first show to be nominated for Best Drama Series. Can it win him another Emmy this year? Follow the links below to see what some of the show’s creative team has to say.

SEEWill Billy Porter (‘Pose’) be the first to achieve this Emmys feat since Bryan Cranston a decade ago?