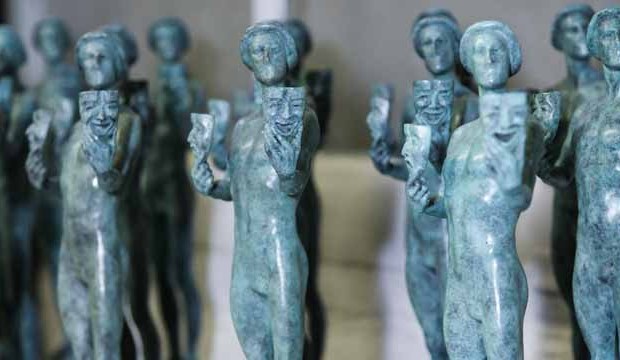 The Screen Actors Guild will hand out awards for the 26th annual time live on TBS and TNT this Sunday. After two years of having hosts, the ceremony returns to a format with no hosts this time, but producers have announced 38 presenters who will be on stage.

Robert De Niro  — whose “The Irishman” is nominated for the best ensemble in a movie — will be presented with the Life Achievement Award by Leonardo DiCaprio for his 54-year career and his philanthropic work.

The SAG Awards nominations were decided by a randomly selected nominations panel comprising 2,500 members of the merged Screen Actors Guild and American Federation of Television and Radio Artists unions. The winners are chosen by all 121,000 members of SAG-AFTRA.

Who are the presenters revealed so far (more might be added in the next few hours)?

No names have been announced yet to present the clips for “The Irishman” and “Once Upon a Time in Hollywood.”