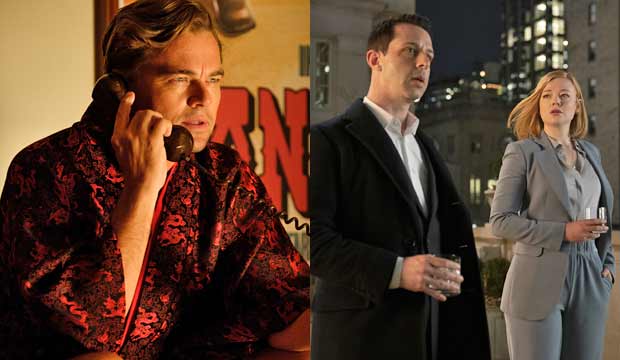 The Producers Guild of America will honor the best achievements in behind-the-scenes production on Saturday night, January 18. These awards more or less replicate the best film and best TV program categories we see at the Oscars and Emmys, which also award their top prizes to the production teams. So who will win this weekend on the big and small screens? Scroll down for our complete predictions in 10 categories, listed in order of our racetrack odds, with our projected winners highlighted in gold.

“Once Upon a Time in Hollywood” is the front-runner for Best Picture, according to the combined predictions of Gold Derby users who have placed their bets here in our predictions center. But whichever way it goes, it might be the most consequential award of the night since the Producers Guild decides Best Picture using the same preferential ballot that decides the top Oscar. In the past 12 years the same film has won both awards 10 times.

But season two of the cutthroat family drama was the water-cooler breakout of the summer, which led it to wins at the Critics’ Choice Awards and Golden Globes. However, those are press organizations, not industry peer groups, so we’ll see if Hollywood insiders also prefer the Roy family to the Lannisters and Targaryens this time.

What do you think of our predictions? Are we dead-on, or completely out to lunch? Check out our official picks below, and make or update your own forecasts here before Saturday night’s event.

SEE‘Booksmart’ and ‘Portrait of a Lady on Fire’ were snubbed by Oscars, but they’re not the only great LGBTQ films to miss out [PHOTO GALLERY]