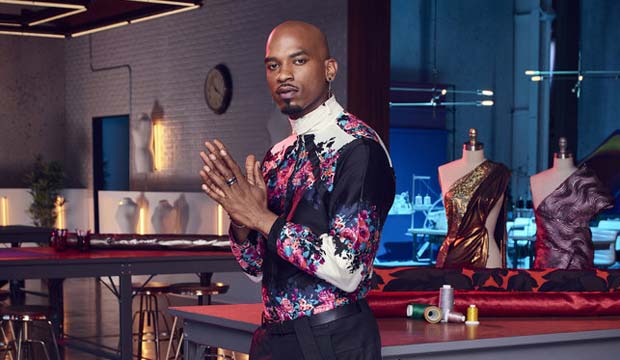 As usual on the after-show segment (see video below), hosted by Christian Siriano, adult beverages were provided and once again the mentor griped about the green vegetation that the never-seen cocktail maker insists on putting in his glass. Since this was his third time on the bottom, the laid-back  Marquise felt that it was three strikes and you’re out. But he was happy that they at least liked his skirt and jacket.

Speaking of crazy, we learn that Ashley has diamonds stuck in her teeth, which leads Marquise to confess he wore a grill during the animal print runway challenge that he won.