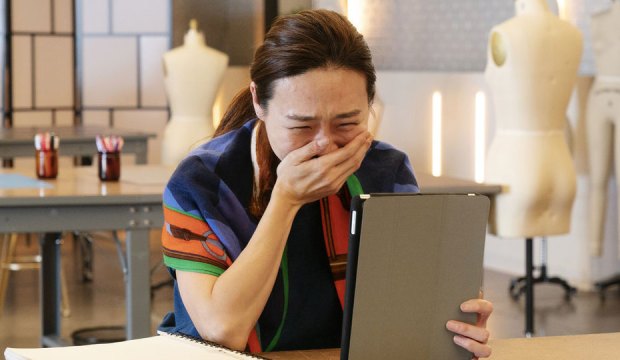 After weeks of struggling with her health, Dayoung Kim finally made the difficult decision to withdraw from season 18 of “Project Runway.” So have we seen the last of her? Our readers hope not. We asked fans if they think Kim deserves a chance to return to the show next season when she’s healthy, and an overwhelming majority said yes. Scroll down to see our complete poll results at the bottom of this post.

Kim had to be hospitalized right on the first morning of the second challenge, “Cats of the Urban Jungle.” Then she felt feverish in “There is Only One You,” and she was so weak she could barely lift a pen and had to be attended to by medics in “Project Runway X Ashley Longshore.” She didn’t even have a chance to sketch in “Sheer Genius” before her body gave out again and she decided to walk away for the sake of her health.

She appeared on the “Runway” after show with Christian Siriano, which was taped a few days after she withdrew from the competition (watch it below). “I feel great, much better than before for sure,” she told him. She explained that she was already starting to feel unwell when the show started, and it just snowballed from there, exacerbated by the schedule and the pressure of the competition. Her advice to her fellow designers is just to eat and stay hydrated over the course of what Siriano revealed are sometimes 18-20-hour days shooting the show. 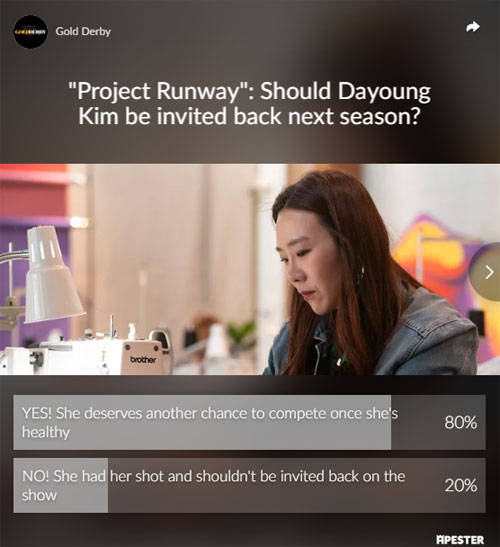