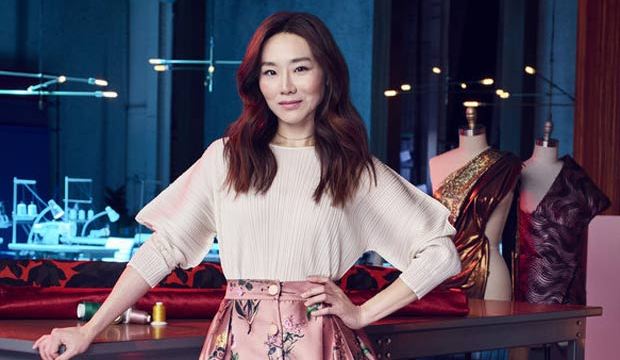 It’s 2020, but it won’t be a happy new year for everyone on “Project Runway,” which returns tonight after taking a week off for the holidays. Someone’s bound to be eliminated — barring a Siriano Save — and this time we think it’ll be Dayoung Kim. She gets leading odds of 51/20 according to the combined predictions of fans who have given us their forecasts here in our predictions center. Do you agree with their consensus?

Kim had a rough start to the season. She and her teammate Alan Gonzalez landed at the bottom in the first challenge, “Blast Off,” with their constricting futuristic designs. And it turned out she wasn’t taking care of herself with the intense stress of the competition because she started the second challenge, “Cats of the Urban Jungle,” in the hospital with extreme exhaustion. She managed a safe look in the challenge despite having half the time to finish it as her fellow designers had. And she was safe again in the unconventional holiday materials challenge, “Sleigh the Runway.”

But that track record makes her one of only four designers who haven’t gotten high scores yet. The others are Nancy Volpe-Beringer, Chelsey Carter and Tyler Neasloney. And of those four, only Kim and Neasloney have gotten low scores and no high scores. That means the judges may not be inclined to give them the benefit of the doubt if they falter again. Just look at “Sleigh the Runway”: Brittany Allen had won a previous challenge, so they gave her another chance despite her uncharacteristically sloppy look. Instead, they sent home Kim’s former partner Gonzalez.

Neasloney was in the bottom two when the judges ousted Gonzalez, and it was actually his second time at the bottom. He’s the only designer currently in the competition who has gotten low scores twice, so it’s no surprise that he ranks second in our elimination predictions with 19/5 odds. If Kim has an unlucky challenge, she might want to cross her fingers that Neasloney joins her at the bottom and breaks her fall.