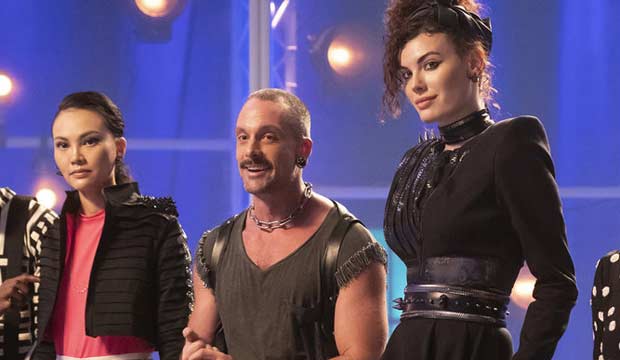 Geoffrey Mac won the “Sew 80’s” challenge on “Project Runway,” and our readers couldn’t be happier. Well, most of them, anyway. When we polled fans after last week’s show, a whopping 88% of them say Mac was the rightful winner. Scroll down to see our complete poll results, and check out our gallery of all the season’s best looks here to compare him to the challenge champs who came before.

I, for one, was overjoyed by his victory. He was in tears before the designers even brought their looks out on the runway. The challenge was to design looks inspired by Cyndi Lauper, and he has been inspired by Lauper since he was a child being raised by a homophobic father. He even revealed that he had dressed in drag as Lauper.

But things weren’t looking too good for him early on. It was a team challenge, and he and his teammates Brittany Allen, Nancy Volpe-Beringer, Delvin McCray, Victoria Cocieru and Dayoung Kim had a failure to communicate while buying fabrics at Mood. And they kept butting heads while trying to coordinate their designs in the workroom. For a while it looked like the team was destined to crash and burn and Mac would be heartbroken by his inability to pay tribute to his idol.

However, all that chaos turned out to be productive — and we can probably also chalk it up to deceptive editing leading us to believe their team was in bigger trouble than they really were. Mac’s team ended up winning the challenge, and Mac was singled out as the very best look on the runway. It gave me all the feels when Mac shyly asked Lauper for a hug after telling her how much she meant to him. I hope it’s not his last time getting choked up from the judges’ praise. 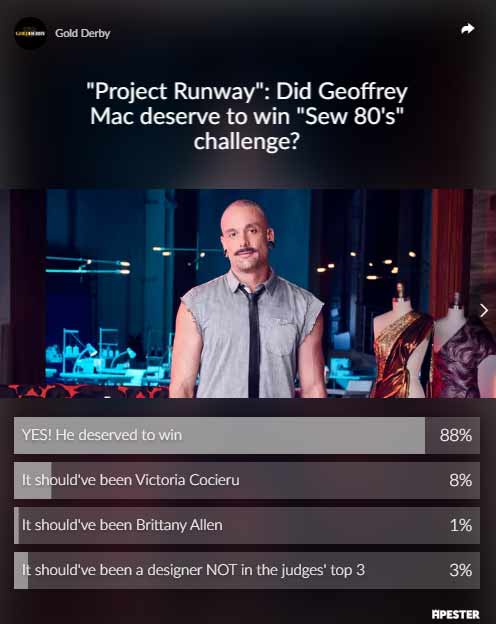