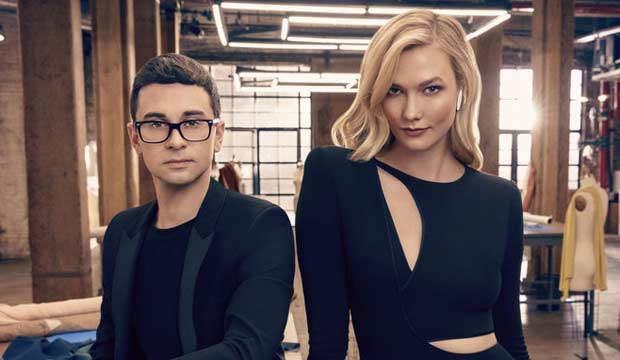 “I voted as a Democrat in 2016, and I plan to do the same in 2020,” said Karlie Kloss on “Watch What Happens Live” on January 16 when Andy Cohen asked her about Kushner-gate on “Project Runway.” Her family association caused a stir when designer Tyler Neasloney brought it up while getting critiqued on the runway in “The Ultimate Upcycle.”

The challenge during that episode was to create a look for Kloss to wear to an event for the Council of Fashion Designers of America in Paris. But when Brandon Maxwell told Neasloney that he couldn’t imagine Kloss wearing his look, Neasloney fired back, “Not even to dinner with the Kushners?”

Kloss met Joshua Kushner in 2012, well before the 2016 presidential election. But now she finds herself married into a political family. Joshua’s brother is Jared Kushner, whose wife is Ivanka Trump, whose father — somehow — has access to the nuclear codes. Both Jared Kushner and Ivanka Trump are members of Donald Trump‘s administration, which has promoted an anti-LGBTQ agenda, among many other right-wing policy goals.

However, Kloss made it clear to Cohen that she supports progressive causes like Planned Parenthood for supporting women’s reproductive rights even though Trump has challenged those rights while in office. But she also pointed out that she’s certainly not alone in disagreeing with her in-laws about politics. But while she’s proud to be one of the first viral memes of 2020 thanks to Neasloney’s comment, she does regret that the controversy unfairly took attention away from how bad Neasloney’s design was, so clearly she can give as good as she gets when it comes to shade.

Even Neasloney has made the most of it, though. He put his infamous phrase on a t-shirt and is selling it for charity: proceeds go to the Ali Forney Center, which supports homeless LGBTQ youth. So even though Neasloney lost, it looks like a win-win in the end.