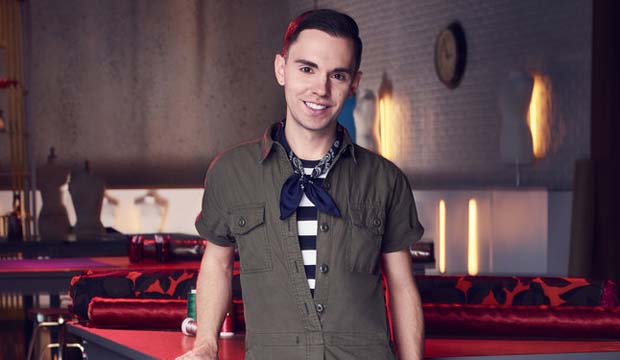 Tyler Neasloney caused a stir on “Project Runway” during “The Ultimate Upcycle” when he suggested that host and judge Karlie Kloss wear his look to dinner with her in-laws, the Kushners. He was eliminated from the competition — and, to be fair, it seemed pretty clear that he would have been eliminated regardless of that cheeky comment — but he may get the last laugh. He put his controversial quote on a t-shirt and is selling it to benefit queer youth. Scroll down to see his Instagram post announcing his new fashion statement.

Kloss is married to Joshua Kushner, the brother of Jared Kushner, who is married to Ivanka Trump, the daughter of Donald Trump. So Kloss is three degrees of separation from the White House, though it wasn’t clear exactly what (if any) political statement Neasloney was trying to make when he said to Kloss, “Not even to dinner with the Kushners?” about his design, which was supposed to be for Kloss to wear to an event in Paris. He told Kloss after his elimination that he had no ulterior motive in making that comment, and he told Bravo later on that “it was entirely related to the aesthetic of the look.”

But the Trump administration has made the country less safe and secure for queer people, by moving to ban transgender people from serving in the military and asking the Supreme Court to legalize the firing of queer people. Because in America, one day you’re in and the next you’re out … just for being gay. Before he was on “Runway,” Neasloney did fashion on the side alongside his work advocating for queer youth, and 50% of the proceeds of his t-shirt will benefit the Ali Forney Center, which provides services for the homeless LGBTQ community.

Nevertheless, 42% of our poll respondents thought Neasloney’s Kushner comment was “inappropriate and unprofessional.” Another 41% thought it “wasn’t great,” though it was overblown by the judges and his fellow designers. Only 17% thought the comment was “completely innocuous” (see the complete poll results below). But perhaps the controversy can do some good for people who need it. 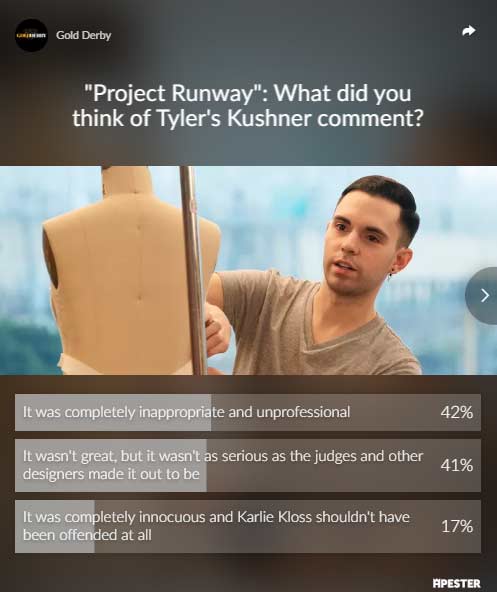