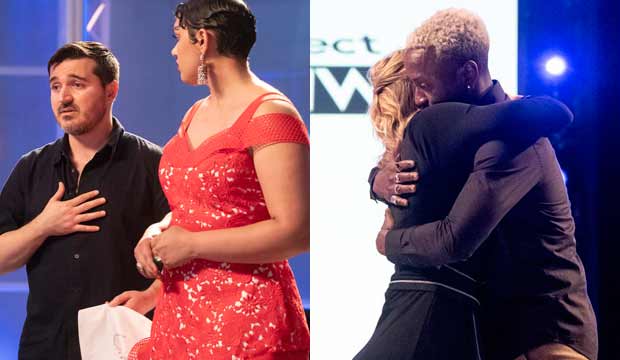 In “There is Only One You,” the “Project Runway” judges eliminated ShaVi Lewis for his uninspired design and shoddy construction. Even Lewis himself was embarrassed by the quality of his work. However, the fans we polled didn’t think he deserved to go home. Almost two-thirds of respondents said they would’ve given Sergio Guadarrama the boot instead. Scroll down for our complete poll results at the bottom of this post.

The “Only One You” challenge was for the designers to create whatever looks they wanted inspired by their own personal backgrounds and heritages. Lewis wanted to tell a truly compelling story with his look: about his great aunt who was allowed to perform at the Cotton Club because she was mixed race and could pass for white.

However, he struggled to work with a fabric that was more sheer than he expected it to be, and it bunched in unflattering ways he was unable to solve in the time allotted. The poor guy thought he “disrespected” the judges by presenting them with a look that was so far beneath his usual standards, but Brandon Maxwell assured him that he didn’t. It just wasn’t his day.

But our readers were kinder to him, perhaps, than even he was to himself. Only 33% of respondents agreed with the judges’ decision to send him home. Far more — 64% in fact — thought the judges should’ve ousted Guadarrama instead. He drew from his Latino heritage to create a look commemorating the migrant children who died in custody at the US-Mexico border, but the message didn’t come through in his actual garment, which the judges thought was old-fashioned and unfashionable.

To be honest, I thought he put together a decent dress, though I agree with the judges that it didn’t convey his message. Though I suspect our readers would send him home mostly for his superior attitude rather than for his fashion sense, though I can’t blame them. Lewis seemed open to growing and learning from his mistakes. Guadarrama doesn’t seem to think he ever makes mistakes.

Did you agree with the judges in sending home Lewis, or are our readers right that they should have taken the opportunity to eliminate Guadarrama? 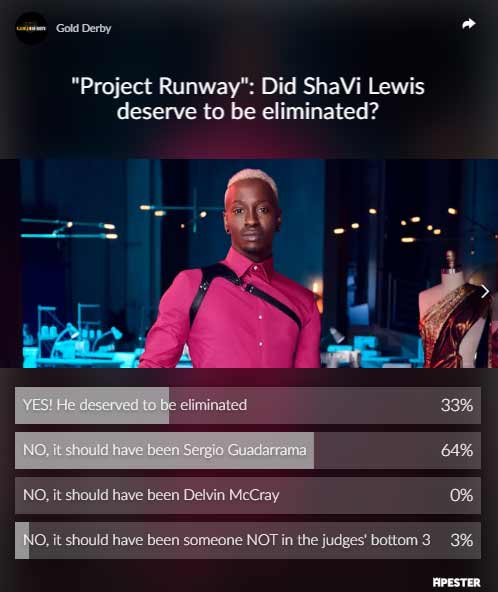