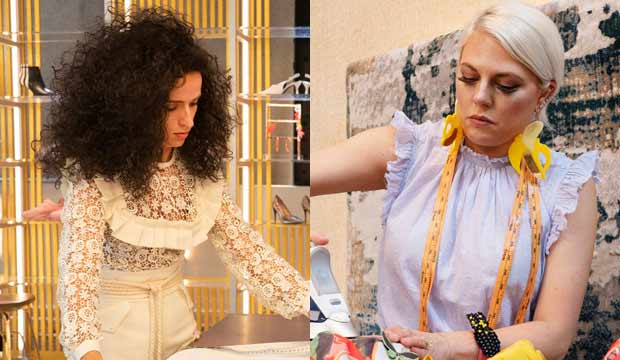 There have been six design challenges thus far on “Project Runway,” and Victoria Cocieru has gotten high judges scores in the last five in a row. That’s a remarkable track record, and it helped put Cocieru on top of our winner predictions last week going into the “There is Only One You” challenge. But even though that episode ended in another high score for the Moldovan standout, the fans we’ve polled have switched to Team Brittany Allen.

“Runway” fans make their forecasts every week here in our predictions center, and as of this writing Allen is back on top with leading odds of 21/10 based on those combined predictions. But it’s a narrow lead. Cocieru is still right behind her with 23/10 odds, followed by Geoffrey Mac with 4/1 odds and former front-runner Delvin McCray with 23/2 odds.

Allen was frustrated that Cocieru got yet another high score in “Only One You,” arguing that the judges are “obsessed with her.” A few weeks ago eliminated designer Tyler Neasloney commented in the “Runway” after-show that Cocieru keeps repeating herself in the styles and silhouettes of her garments. In “Sew 80’s,” Nancy Volpe-Beringer said the same thing.

Cocieru mixed it up in a big way in “Only One You,” making an asymmetrical blue suit that was ostensibly (but kinda not really) inspired by her Moldovan heritage. And even though mentor Christian Siriano thought it looked like an alien and it had a polarizing effect on the judges, the ones who loved it were passionate enough to put her in the top three — again.

SEE‘Project Runway’ host Karlie Kloss reveals her personal politics after Kushner-gate: Who’s she voting for in 2020?

Some of our readers are just as confused about her continued success as Allen was. We asked them what they thought of Cocieru’s hot streak, and 8% of respondents said she didn’t deserve any high scores at all for her work thus far. Another 32% think the opposite, that “she’s a genius and deserves all the praise she has gotten.” Most fans (60%) fall somewhere in the middle, though, arguing that she “deserved a couple of high scores” but that the judges have gone overboard.

How about you? Do you think Cocieru is overrated? Or perhaps now she’s underrated since she has the strongest track record of any designer but we’re not currently predicting her to win. 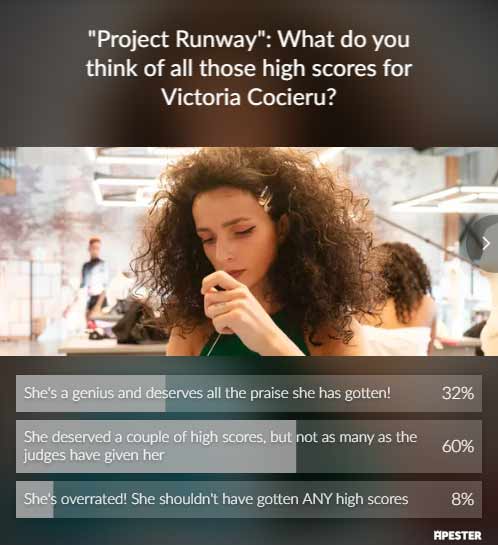