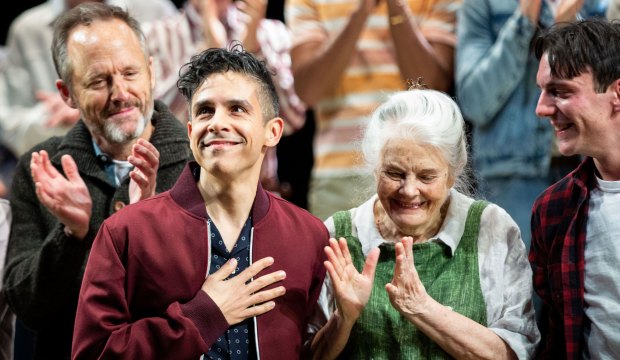 The Pulitzer Prizes join a slew of other awards bodies that have now postponed their kudos thanks to the ongoing coronavirus pandemic. Thankfully, this highly esteemed group isn’t going to wait too long before announcing their winners virtually.

According to an April 7 tweet (see it below), the Pulitzer Prizes for Journalism, Books, Drama, and Music will be delayed by two weeks. The winners will be announced via a livestream on pulitzer.org on Monday May 4th at 3:00pm. The theater industry has been hit particularly hard during the pandemic, as the live art form requires the gathering of people in one place. This has even led to the postponement of the Tony Awards. So it’s a welcome bit of awards news that the highly esteemed Pulitzer Prize for Drama will be doled out sooner rather than later.

SEE 2020 Tony Awards officially postponed: ‘The health and safety of the Broadway community is of the utmost importance’

What dramatic work might claim this year’s honor? The Pulitzer is a distinctly American organization. According to official rules, the prize is awarded to a “distinguished play by an American author, preferably original in its source and dealing with American life.” The award comes with a $15,000 prize and is coveted by Broadway plays in hopes that a win will boost a show’s Tony chances.

The most obvious contender from the eligible crop of Broadway shows is Matthew Lopez’s “The Inheritance.” The two-part epic featured a group of young gay men grappling with the history of the LGBTQ community and the AIDS epidemic. The lessons learned (or not) from their ancestors directly inform the way these men tackle contemporary gay life. The story certainly fits with the Pulitzer’s requirements. There’s no word yet on when this year’s Tony ceremony will take place, but the closed play could use a win here to increase its chances whenever voters reconvene to cast their ballots.

However, this awards body often chooses a work seen Off-Broadway for the top honor. This was evidenced last year when Jackie Sibblies Drury’s “Fairview” won over Broadway finalist “What the Constitution Means to Me” by Heidi Schreck. If the trend repeats this year, “Heroes of the Fourth Turning” by Will Arbery is the most likely Off-Broadway contender. The play premiered at Playwrights Horizons and detailed a clash of generational politics during a backyard reunion.

Other Off-Broadway candidates that the Pulitzer committee might consider include “Daddy” by Jeremy O. Harris (many were surprised to see him snubbed last year for “Slave Play”), “Hurricane Diane” by Madeleine George, “The Thin Place” by Lucas Hnath and “Marys Seacole” by last year’s winner Jackie Sibblies Drury,

While musicals rarely claim the Pulitzer (only “Next to Normal” and “Hamilton” have won since 2010), this year featured a pair of tuners that directly align with these voters’ tastes. “A Strange Loop” has to be considered a strong possibility for an upset win. The meta musical by Michael R. Jackson became one of the biggest conversation starters in town for its hysterical and brutally honest tale of a black queer writer in today’s America.

Also a possibility is Dave Malloy’s “Octet.” This chamber musical focused on eight “internet addicts” who share their struggles with the virtual world. In this time of social distancing where most folks rely solely on electronic devices to communicate, the musical may seem even more topical than when it premiered.

The 2020 #Pulitzer Prize announcement will be postponed by two weeks due to #COVID19.

The Prizes in Journalism, Books, Drama and Music now will be announced on Monday, May 4, 2020 at 3 p.m., via livestream at https://t.co/uTTbOAeuGX.