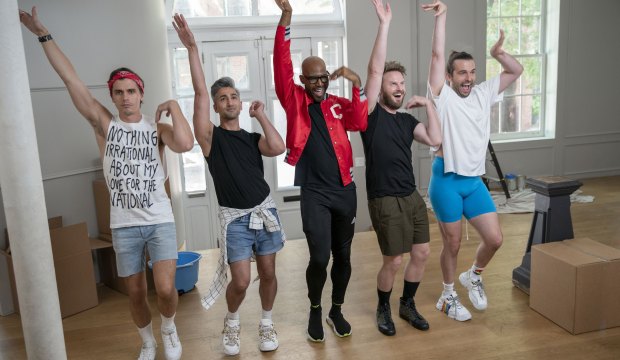 “Queer Eye” has won Best Structured Reality Program at the Emmys twice in a row (2018-2019), which is why it’s so strange that its quintet of co-hosts has never been recognized by the television academy, even with a nomination. Could Bobby Berk, Karamo Brown, Tan France, Antoni Porowski and Jonathan Van Ness finally break through in the race for Best Reality Host? They’ll have to overcome the television academy’s unusual bias against non-competitive shows.

The Emmys introduced the Best Reality Host category in 2008. And though hosts of both competitive and non-competitive reality shows have always been eligible, that first list of nominees was strictly competitive: Tom Bergeron (“Dancing with the Stars”), Heidi Klum (“Project Runway”), Howie Mandel (“Deal or No Deal”), Ryan Seacrest (“American Idol”) and winner Jeff Probst (“Survivor”).

That trend has continued throughout the history of the awards. Every single winner has been a competitive host and the vast majority of nominees have been competitive as well, so the category has shaped up as a de facto Best Game Show Host award. The only non-competitive nominees over the entire 12-year history of the category have been Betty White (“Betty White’s Off Their Rockers”), Steve Harvey (“Little Big Shots”), Snoop Dogg and Martha Stewart (“Martha and Snoop’s Potluck Dinner Party”), W. Kamau Bell (“United Shades of America”) and Marie Kondo (“Tidying Up”).

But the “Queer Eye” hosts have gotten increasingly high profiles as the seasons have progressed. France branched out into the competition show “Next in Fashion.” Van Ness earned a couple of Emmy nominations for his short-form recap show “Gay of Thrones” and Brown competed on “Dancing with the Stars,” among other achievements for the current fab five. Perhaps that’s why they’re among our predicted nominees in the category this time around. As of this writing we rank them fifth with 7/1 odds based on the combined predictions of Gold Derby users, including nine Expert journalists who say they’ll finally make the cut. Do you agree that they’ll finally get their due?