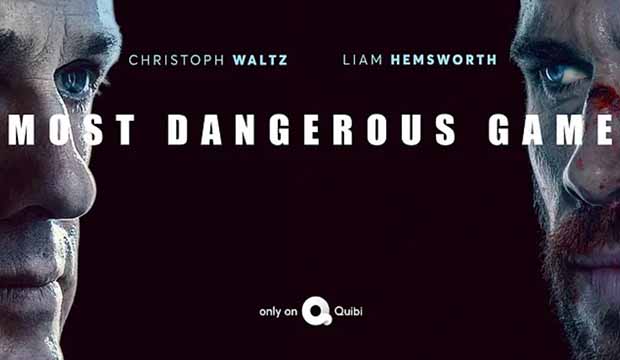 Quibi is not just another streaming service offering a stable of original programming. It sets itself apart from all of the competition because it features mobile content designed to be consumed in “quick bites.” Developed by former studio head Jeffrey Katzenberg and executive Meg Whitman, the streamer has attracted a bounty of A-list talent to its high-quality series and specials across a number of genres including dramas, comedies, reality and variety.

SEE Quibi’s ‘Dishmantled’ is a must-see for everyone who loves Tituss Burgess, cooking shows and blowing ‘some s*** up’

Given the impressive talent quotient and slick production values featured on its platform, expect to see a bunch of its series and specials up for Emmy nominations this year in the relatively new expanded short form categories. One drama that might attract the most attention come Emmy time is “Most Dangerous Game,” starring Liam Hemsworth as a down-on-his-luck real estate developer who is diagnosed with terminal cancer while his wife is expecting their first child, and two-time Oscar winner Christoph Waltz, who plays a charming businessman who offers him an immense amount of money if he can survive a Big Game Hunt in which he is hunted for sport for 24 hours within a dark and brooding Detroit wasteland.

The dystopian action thriller was created by Nick Santora (“The Sopranos”) with Josh Harmon and Scott Elder and is based on the short story “The Most Dangerous Game” by popular author and journalist Richard Connell. It is being praised for its visually striking production values, intense action sequences, slick cinematography and intriguing performances by Hemsworth, Waltz and co-stars Sarah Gadon and Zach Cherry.

Who's performing at the VMAs 2020? BTS, Doja Cat and J Balvin are the first to join the lineup…

Brian Cox ('Succession'): 'We can't stand these people, but at the same time, we are obsessed!'…

Why is TV's highest honor called an Emmy? And what is that winged lady on the trophy holding?

All in the family: Eugene and Dan Levy ('Schitt's' Creek') can make history with Emmy acting…