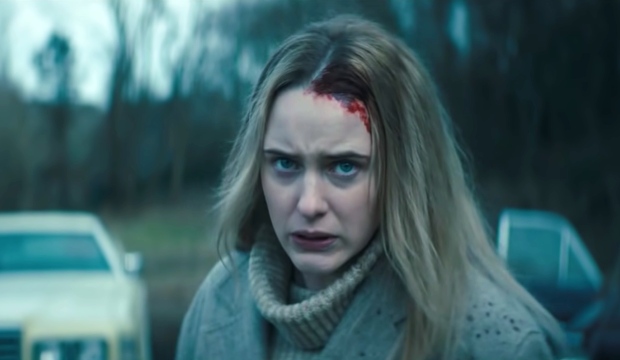 Is Oscar next for Rachel Brosnahan? The “Marvelous Mrs. Maisel” star’s new film “I’m Your Woman” will officially enter the awards race when it qualifies for Oscar consideration with a limited theatrical release beginning Friday, Dec. 4, having premiered at the AFI Fest in October as the opening screening of the 2020 virtual event. The drama from Amazon will then be available for streaming on Prime Instant Video a week later on Dec. 11.

Brosnahan stars as Jean, who is sent on the run with her baby when her husband finds himself in hot water with his criminal associates. Jean is assisted in her action-packed journey by married couple Cal and Teri, played by Arinzé Kene and Emmy nominee Marsha Stephanie Blake, respectively.

The screenplay by director Julia Hart and her husband Jordan Horowitz is a response to the “wife” trope in mob movies that instead focus their narratives on the husbands as antiheroes. Horowitz is a past Oscar nominee and Golden Gobe winner for producing “La La Land;” he produces “I’m Your Woman” with Brosnahan in her producorial debut. Brosnahan has won an Emmy and two Globes for “The Marvelous Mrs. Maisel.”

Rotten Tomatoes notes the critics consensus for the film as, “Smart, sophisticated, and subversive, ‘I’m Your Woman’ is brought to life by a powerful performance from Rachel Brosnahan — and finds director Julia Hart in near-total command of her craft.”

The period piece is contender below the line as well, earning particular praise for its stylish recreation of 1970s Pennsylvania by production designer Gae S. Buckley and costume designer Natalie O’Brien. Variety critic Peter DeBruge wrote, “The most dynamic thing in every scene is the art direction, followed by the natty retro costumes.” Benjamin Lee of The Guardian concluded, “It’s an incredibly stylish, at times gorgeously composed, film with the sort of specific, vibrant period re-creation that makes you want to step inside or at least nab some of Kene’s dapper outfits.”